'Super-Earth' can be orbiting our nearest neighboring star 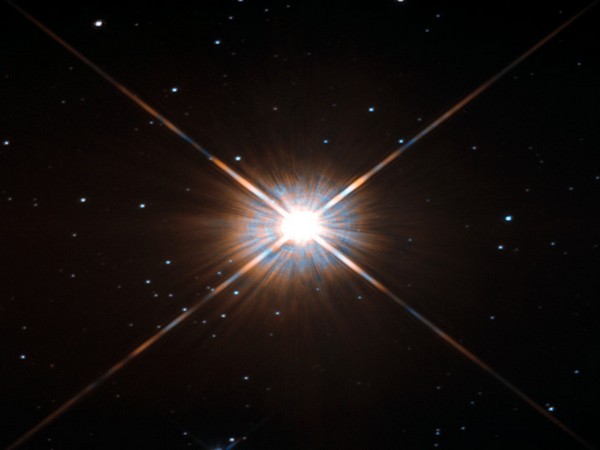 Washington D.C. [USA], Jan 16 (ANI): Findings from a recent analysis of our closest neighboring star Proxima Century suggest that it may be orbited by a previously unknown planet.

By analysing the cyclical changes in the light spectrum emitted by the Proxima Century, Mario Damasso from Italy's National Institute for Astrophysics and his colleagues presented the data suggesting that this candidate planet orbits the star every 5.2 years and might possibly be a 'super-Earth.'
The planet is thought to have a mass higher than that of Earth, though significantly lower when compared to solar system ice giants -- Uranus and Neptune.
If its existence is confirmed, this planet may provide insights into how low-mass planets form around low-mass stars.
It could also challenge models of how super-Earths are born. Most are believed to form near the 'snowline,' the minimum distance from a star at which water can turn to solid ice.
However, the candidate planet's orbit lies almost 1.5 Astronomical Units (AU) away from the star, which is far beyond this sweet spot. One AU equals the average distance between the Sun and the Earth.
A previous study of Proxima Centauri using the Atacama Large Millimetre/sub-millimeter Array (ALMA) -- an astronomical observatory in northern Chile -- reported an unknown source of light spectrum signals that could belong to a second planet or may simply have been the product of a neighbouring galaxy or an unrelated phenomenon.
To better understand if the signal originated from another planet orbiting the star, Mario Damasso and colleagues analysed a 17.5-year-long time series of high-precision radial velocities using an exoplanet detection method that tracks a star's light spectrum.
If this spectrum oscillates between red and blue, it indicates that the star is moving towards and away from the Earth at regular intervals, a cycle usually caused by an orbiting body's presence.
The researchers have found that the signal occurs over a 1,900-day period, suggesting it is likely unrelated to cyclical shifts in the star's magnetic field. However, the authors emphasise that more evidence is needed to confirm their conclusion. (ANI)