Airbus agrees to settle corruption probes with France, Britain, US 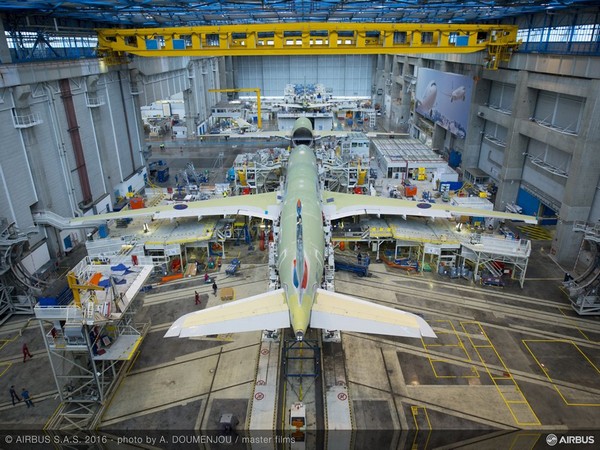 Amsterdam [The Netherlands], Jan 28 (ANI): European planemaker Airbus said on Tuesday it has agreed to reach a settlement with French, British and US authorities regarding a long-standing probe into allegations of bribery and corruption.

Airbus has been investigated by French and British authorities on suspected corruption over a decade. It has also faced investigations in the United States over suspected violations of export controls.
"Airbus confirms that it has reached agreement in principle with the French Parquet National Financier, the UK Serious Fraud Office and the US authorities," Airbus said in a statement.
"These agreements are made in the context of investigations into allegations of bribery and corruption as well as compliance with the US International Traffic in Arms Regulations (ITAR). They remain subject to approval by French and UK courts and US court and regulator," it said.
"For legal reasons, Airbus cannot make any comments on the details of its discussions with the investigating authorities," it added.
Meanwhile, reports said Airbus could pay out huge sums to reach the settlement with analysts predicting fines of more than three billion euros (about 2.5 billion pounds).
Under a corporate plea deal, companies are able to avoid criminal prosecution if they admit to wrongdoing, agree to overhaul their businesses, and pay a penalty.
For Airbus, the deal will mark the end of a corruption probe lasting about four years that has claimed the jobs of some senior executives even though they were not implicated in any wrongdoing.
The company has also overhauled its ethics and compliance procedures, established an independent review panel of outside experts and significantly reduced the number of third-party agents used to secure deals. (ANI)