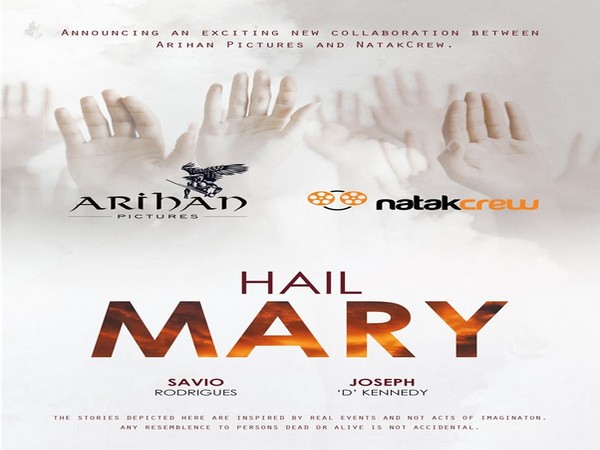 "Running a production company is perhaps the hardest thing one can do in the entertainment industry, NatakCrew functions like a production company. And it's not just any production company - we are 'open' and 'collaborative'," said Sadat Jalal Sattar, Founder of NatakCrew.
NatakCrew, as Sadat's company is known, adds a new twist on the idea of the star-driven production company. Through NatakCrew's website, Sadat encourages a community of creators to connect and network with other creative talents and get hired for that next big project.
"No matter who you are - a writer, musician, cameraman, filmmaker, actor, editor, make-up artist, stuntman, producer, lyricist, singer, animator, audio/video engineer, simply someone with superb technical skills, there is a place for you at NatakCrew," said Sadat.
"The crew will be crowd sourced from an array of film technicians from all over India through NatakCrew," said R Joseph Kennedy, Director of Hail Mary.
Finding New Talent
"There are so many great artists around the globe who don't have the connections or opportunities but there's never been a better time to help get those voices heard," said Savio Rodrigues, MD and CEO, Arihan Pictures - Producer of Hail Mary.
"The overall goal of NatakCrew is to make great art and media, but to do so with artists from all over the world who don't necessarily have the same opportunities or exposure that established artists have in the conventional entertainment industry," observed Sadat.
"NatakCrew is one unique way that I like to try to reach out to those artists and collaborate with them. I consider myself very fortunate to have worked with so many great and talented people in the industry, but I'd love to see our artists express the ideas of a wider variety of people," added Kennedy.
Changing Creative Culture
"Making films with multiple voices on affordable technology is exactly where NatakCrew is a step forward, but even more important is an adjustment in how creative people approach their art form," observed Sadat.
"The technology is very important, but it's also about the culture-changing," he says.
"We've had a cliched notion that only certain people get to make or be in movies. Technology has certainly helped change that so many more people can do it, but still many are stuck in the mindset that they can't do certain things. Like I'm not a real director so I shouldn't make a movie. The technology is there but we have to get over that notion. It's not just about sitting on the couch and watching the professionals do it, it's about a conversation we can all participate in," said Sadat said.
"To create something that will inspire people to make something. That's what NatakCrew is based on," Sadat concluded.
"Hail Mary filming was originally intended for a planned TV special, but organically turned into something completely different. Hail Mary is currently in production and the release date will be announced in due course. We had to reschedule the production plans due to COVID-19 keeping in mind the safety and security of our team during the global pandemic," Savio concluded.
This story is provided by NewsVoir. ANI will not be responsible in any way for the content of this article. (ANI/NewsVoir)