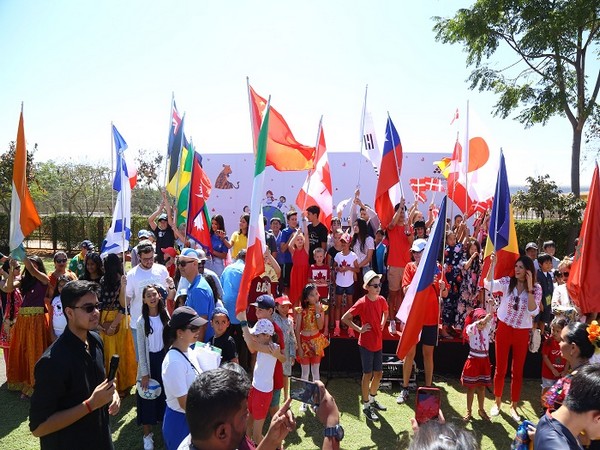 Stonehill parents from more than 25 countries, dished out authentic food, creating a smorgasbord of global flavours, while facilitating cultural exchange.
The pop-up food stalls, served up the whole hog; from the nutritional and healthy, to the scrumptious and indulgent.
Parents and children rolled up their sleeves and enjoyed a host of mouth-watering exotic delectables, from Brazilian Risoles and Pasteis de Carne, German Goulash, French Croque Monsieur, Japanese Octopus Takoyaki, Korean Kimchi pancakes, to Korean Kimchi pancakes, Chilean Empanada, and that's just for starters.
Amongst the visiting dignitaries were Takayuki Kitagawa, Consul General of Japan, and Dana Kursh, Consul General of Israel. Visitors relished flavourful cuisines from countries such as Japan, South Korea, Denmark, USA, France, UK, Brazil, Sweden, India, Germany, Poland and Italy, to name a few.
The event began with the customary parade of the various nations. There were singing and dancing performances by the children and parents. There was a keyboard recital and the Boy Band rocked their way through a fabulous show. The afternoon ended with a mellow Veena performance.
Proceeds generated by the IFF were donated to the three charitable organizations supported by the Stonehill PTA - The Stonehill Government School, Morningstar Ashram and IKSHA Foundation.
This story is provided by BusinessWire India. ANI will not be responsible in any way for the content of this article. (ANI/BusinessWire India)