Boeing to showcase advanced defence and services capabilities at DefExpo 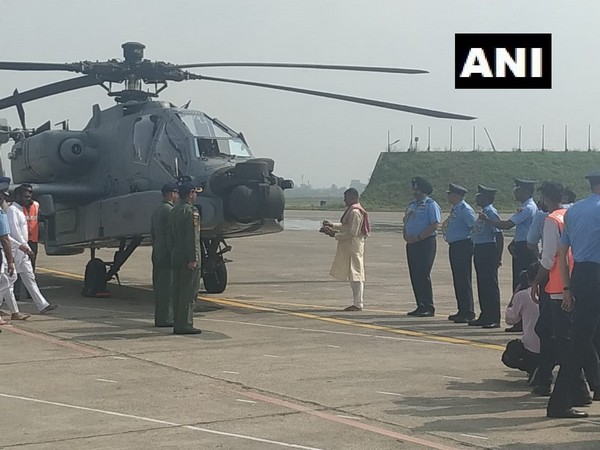 The products will include F/A-18 Super Hornet, KC-46 tanker, AH-64E Apache and the P-8I.
Over 1,000 companies from nearly 70 countries will take part in the event themed 'India: The Emerging Defence Manufacturing Hub.' It will cover the entire spectrum of the country's aerospace, defence and security interests.
Prime Minister Narendra Modi is expected to inaugurate the event for which Defence Minister Rajnath Singh will hold a curtain-raiser meeting on the eve of the exhibition.
Boeing said it is India' crucial defence partner with some of its most mission-critical platforms integrated with the Indian armed forces.
India has 11 C-17 Globemaster IIIs, eight P-8Is (with four more on order), 17 AH-64 Apaches (against an order of 22) and 10 CH-47 Chinook (against an order of 15). Boeing's local sustainment and training capabilities are making Indian armed forces mission ready, it said in a statement on Tuesday.
"We are honoured to support India's armed forces with advanced platforms such as the P-8I, C-17, AH-64 Apache and the CH-47 Chinook that are delivering superior capabilities," said Boeing India President Salil Gupte.
"Additionally, our support and services have played a significant role in ensuring enhanced operational readiness," he said. "We continue to remain committed to strengthening the Indian aerospace ecosystem and look forward to engaging with our customers, partners and industry at DefExpo 2020."
Boeing is the world's largest aerospace company and leading manufacturer of commercial jetliners, defence, space and security systems, and service provider of aftermarket support.
It has strengthened its supply chain with 200 partners in India, and a joint venture to manufacture fuselages for Apache helicopters. Annual sourcing from India stands at one billion dollars.
Boeing currently employs 3,500 people in India, and more than 7,000 people work with its supply chain partners.
(ANI)