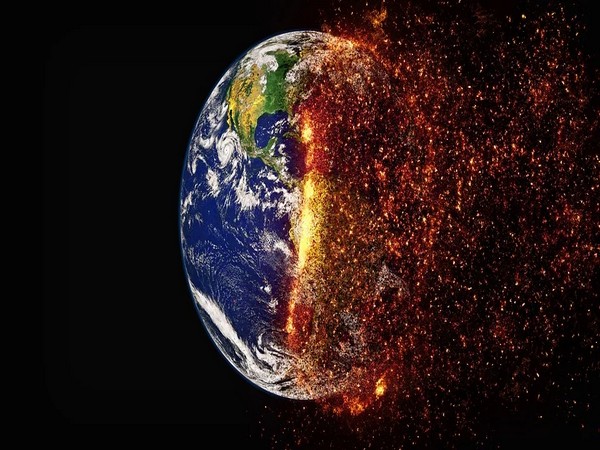 Washington D.C. [USA], Jan 27 (ANI): A recent study by a group of Postdam scientists has found that the Paris Agreement apart from being politically sensible makes sense in term of the economy as well.

The Paris Agreement suggests that if global warming can be restricted to 2 degrees Celcius, the cost of damage control and replenishment will also decrease.
"To secure economic welfare for people in these times, we need to balance the costs of climate change damages and those of climate change mitigation. Now our team has found what we should aim for," says Anders Levermann from the Potsdam Institute for Climate Impact Research (PIK) and Columbia University's LDEO, New York, head of the team conducting the study.
Climate policies such as, for instance, the replacement of coal-fired power plants by windmills and solar energy or the introduction of CO2 pricing have some economic costs. The same is true for climate damages.
Cutting greenhouse gas emissions clearly reduces the damages but so far observed that temperature-induced losses in economic production have not really been accounted for in computations of economically optimal policy pathways.
The researchers now did just that. They fed up-to-date research on economic damages driven by climate change effects into one of the most renowned computer simulation systems, the Dynamic Integrated Climate-Economy model developed by the Nobel Laureate of Economics, William Nordhaus, and used in the past for US policy advice.
The computer simulation is trained to strive for economic growth.
"It is remarkable how robustly reasonable the temperature limit of more or less 2°C is, standing out in almost all the cost-curves we've produced," says Sven Willner, also from PIK and an author of the study.
The researchers tested a number of uncertainties in their study. The result that the 2°C limit is the economically most cost-efficient one was also true for the full range of possible climate sensitivities, and hence the amount of warming that results from a doubling of CO2 in the atmosphere.
"The world is running out of excuses for doing nothing. Since we have already increased the temperature of the planet by more than one degree, 2°C requires fast and fundamental global action," says Levermann.
He feels that their analysis is based on the observed relations between temperature and economic growth, but there could be other effects that we cannot anticipate yet.
"The world is running out of excuses to justify sitting back and doing nothing - all those who have been saying that climate stabilisation would be nice but is too costly can see now that it is really unmitigated global warming that is too expensive," adds Levermann.
"Business, as usual, is clearly not a viable economic option anymore. We either decarbonize our economies or we let global warming fire up costs for businesses and societies worldwide." (ANI)