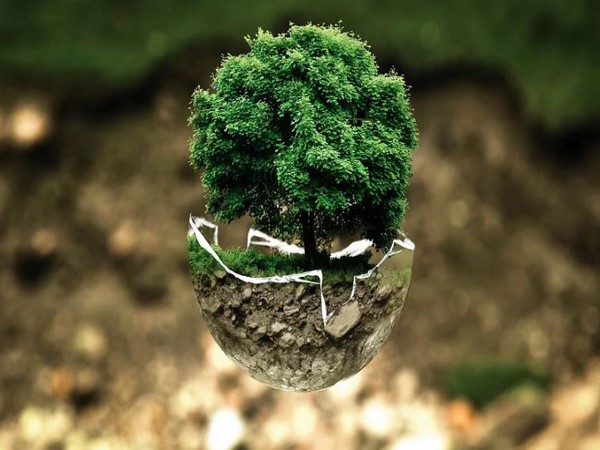 Washington D.C. [USA], Mar 24 (ANI): Cheap and abundant coal fuelled the industrialisation of Europe, North America and Asia. However, the price tag on coal has never reflected the external cost to society; coal combustion produces more than a third of today's global CO2 emissions and is a major contributor to local adverse effects on the environment and public health, such as biodiversity loss and respiratory diseases. Research has shown that phasing out coal yields substantial local environmental and health benefits that outweigh the direct policy costs due to shortening of the energy supply.

Phasing out coal is thus a no-regret strategy for most world regions, even when only accounting for domestic effects and neglecting the global benefits from slowing climate change.
The results suggest that these domestic effects potentially eliminate much of the free-rider problem caused by the discrepancy between the national burden of decarbonization costs and the internationally shared benefits of climate change impact mitigation. This, combined with the profound effect of closing around half of the global CO2 emissions gap towards the 2 °C target, makes coal phase-out policies attractive candidates for the iterative strengthening of the nationally determined contributions pledged by the countries under the Paris Agreement.
Coal combustion is not only the single most important source of CO2, accounting for more than a third of global emissions but also a major contributor to detrimental effects on public health and biodiversity. Yet, globally phasing out coal remains one of the hardest political nuts to crack.
New computer simulations by an international team of researchers are now providing robust economic arguments for why it is worth the effort: For once, their simulations show that the world cannot stay below the 2 degrees limit if we continue to burn coal. Second, the benefits of phasing out coal clearly outweigh the costs. Third, those benefits occur mostly locally and short-term, which make them useful for policymakers.
"We're well into the 21st century now and still heavily rely on burning coal, making it one of the biggest threats to our climate, our health and the environment. That's why we decided to comprehensively test the case for a global coal exit: Does it add up, economically speaking? The short answer is: Yes, by far," says Sebastian Rauner, lead author and researcher at the Potsdam Institute for Climate Impact Research (PIK). For their computer simulations, the researchers looked not only at electricity generation, but at all energy sectors, including transport, buildings, industry and agriculture.
"We find that, based on all countries' current climate pledges under the Paris Agreement, humanity is so far not on track to keep global warming below 2 degrees. Yet, if all countries would introduce coal exit policies, this would reduce the gap to fulfilling the goal by 50 percent worldwide. For coal-heavy economies like China and India, quitting coal would even close the gap by 80-90 percent until 2030."
The researchers developed a simulation framework which considers the full life cycle effects of phasing out coal, accounting not only for all impacts along of coal combustion from shaft to chimney, but also how a coal exit would affect the remaining energy sources and the energy sector as a whole. For the first time, they analysed monetised environmental and human health costs, thus enabling a comparison with mitigation costs: "In particular, we looked at two externalities: Human health costs, especially caused by respiratory diseases, and biodiversity loss, as measured on the basis of how much it would cost to rewild areas currently cultivated. The mitigation costs, in turn, are mostly economic growth reductions and costs for investments in the energy system."
Phasing out coal yields global net saving effect
"Benefits from reduced health and ecosystem impacts clearly overcompensate the direct economic costs of a coal exit - they amount to a net saving effect of about 1.5 percent of global economic output in 2050 - that is, 370$ for every human on Earth in 2050.", Gunnar Luderer explains, leader of the energy research group at PIK and Professor for Global Energy Systems Analysis at the Technical University of Berlin. "We see this effect already in the medium term. In particular, India and China could reap most of those benefits already by 2030."
China and India are prime cases for a coal exit given their high reliance on coal and pressing air pollution crises, magnified by high population density, as well as population growth in India and an increasingly vulnerable ageing population in China. Thus people could feel the positive effects of a coal exit almost immediately in their daily lives. "This has very significant policy implications: It makes a huge difference for the citizens of an Indian or Chinese megacity what air they breeze, and for farmers how intact ecosystems are. These benefits are immediate and local," says Sebastian Rauner. "So the incentives towards policymakers are twofold: One, it is not unlikely that phasing out coal can win popular support, and eventually elections. Two, it is worthwhile phasing out coal even if your neighbours do not."
Ending coal is just the beginning
"Phasing out coal could hence be one way out of what we know as the tragedy of the commons," adds Nico Bauer, a co-author of the study and also at PIK, "Coal phase-out has a positive synergy between the global climate challenge and local environmental pollution. In international climate negotiations, governments need to factor-in that exiting coal is a cheap way to substantially reduce global greenhouse gas emissions and has huge co-benefits at home. Our study shows that national and global interests are not necessarily trading-off, but can go hand in hand."
Given the Paris Agreement's current requirement for updates to the Nationally Determined Contributions (NDCs), this paper comes quite timely, comments co-author Gunnar Luderer: "It underscores the benefits of a global coal exit - to the better of our planet and our health. Yet, importantly, ending coal is just the beginning. It must be flanked by further ambitious climate policies to avoid lock-in to other fossil fuels, namely oil or natural gas." (ANI)