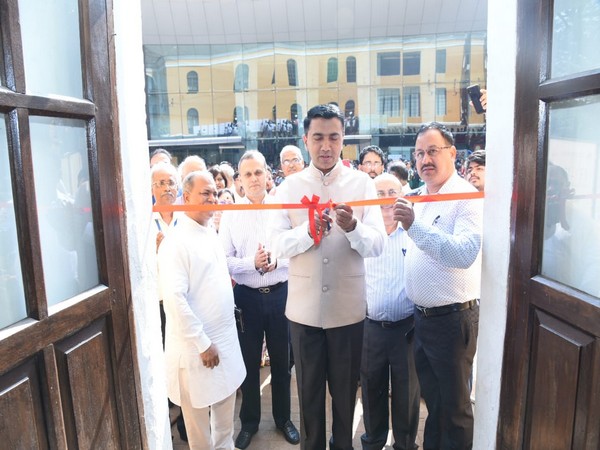 The four-day-long festival was inaugurated by Chief Minister, Dr. Paramod Sawant.
The festival that will take place at the Inox Complex and Maquinez Palace in Goa, aims at instilling the knowledge of science among the youth with the help of exhibitions, masterclasses, workshops, and other activities.
"India has produced great scientists, and through film and workshops, our endeavour is to harness talent and give direction to students to choose the right career path and empower themselves and the country," said Chief Minister Pramod Sawant at the opening ceremony of the event.
"It is necessary that schools take the initiative to inculcate science quotient among students. This has to be done by organizing field trips and visiting organisations that conduct research in the field of science," he added.
Besides, Goa Government and Government of India, the event is being supported by Satyajit Ray Film and Television Institute and National Institute of Science Communication and Information Resources (NISCAR).
Major highlights of the first day of the three-day event include a workshop designed for teachers on the topic 'Challenges and Prospects of Science Education in Goa' and a panel discussion by some esteemed academicians including Bhagirath Shetye, Secretary, Goa Board of Secondary and Higher Secondary Education, Nagraj Honnekeri - Director, The State Council of Educational Research and Training (SCERT) and Purushottom Walawalkar Higher Secondary School of Arts, Science and Commerce.
Other events that are in the loop for the coming days of the festival include masterclasses, panel discussions, exhibitions and screening of award-winning films.
Films that have been selected to be screened at the event are 'Mission Mangal', 'Antariksham 9000 KMPH', 'Everest', 'Aamorie', 'Terminator: Dark Fate', 'Geostorm' and, 'Virus' among others.
A special workshop titled 'Million SoUL' will also be conducted by IIT Bombay on training about making solar lamps. The workshop is aimed at empowering people from backward communities. The workshop will also aim at teaching participants about the health, educational and environmental benefits of solar energy.
During the SCI-FFI 2020, students of different schools will get hands-on experience in different physics and chemistry experiments. (ANI)