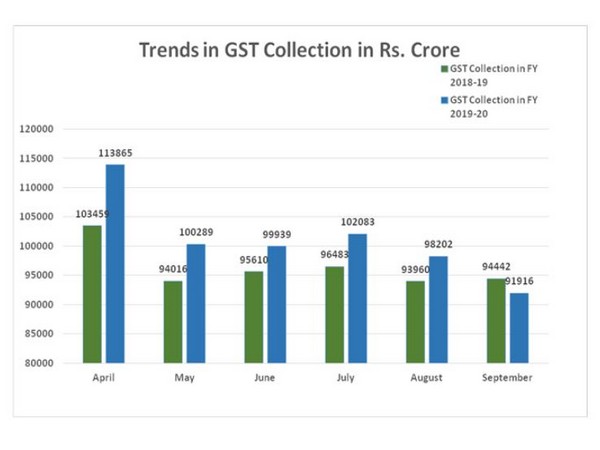 New Delhi: Gross revenue on account of Goods and Services Tax (GST) totalled Rs 91,916 crore in September, 2.67 per cent lower in the year-ago period, the government said on Tuesday.

The total number of GSTR 3B returns filed for August up to September 30 is 75.94 lakh, according to a statement issued by the Ministry of Finance.

During April to September, the domestic component has grown by 7.82 per cent year-on-year while the GST on imports has shown negative growth and the total collection has grown by 4.9 per cent.