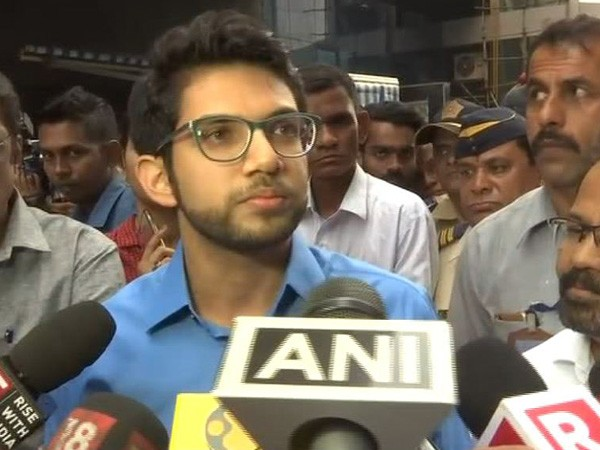 Mumbai Thackeray family scion Aditya Thackeray has declared assets worth over Rs 16 crore and has no police complaints or court cases lodged against him as per his election form affidavit, filed here on Thursday.

The 'Richie Rich crown prince' of the Shiv Sena, Aditya, 29, has filed his nomination papers from the Worli Assembly seat in Mumbai for the October 21 Maharashtra Assembly elections.

As per the nomination form, he has bank deposits of Rs 10.36 crore, immovable properties worth Rs 4.67 crore, bonds/shares/mutual funds of approximately Rs 97 lakh, jewelleries worth around a crore and other investments worth Rs 10.22 lakh.

Aditya belongs to a Hindu Undivided Family (HUF) and most of the assets are gifted by his father and his income-sources are by way of rent, interests, profit share from firm and dividends.

Earlier today, before filing his nomination papers, Aditya prayed before a portrait of his grandfather and Sena founder-patriarch the late Bal Thackeray at his family home 'Matoshri' in Bandra.

In between, he attended to a call from Maharashtra Chief Minister Devendra Fadnavis and a member of Sena's ruling ally the Bharatiya Janata Party. The Chief Minister called to wish him for the elections.

Thereafter, the 29-year-old stepped out to create history by becoming the first member of the Thackeray family to discard the 'remote control' and chose to make a direct connect with the public by plunging into the electoral fray.

Aditya was accompanied by a huge crowd in a procession from his home to Worli in a show of strength befitting the momentous occasion.

At the election office, he was greeted by his beaming parents Shiv Sena President Uddhav Thackeray and mom Rashmi, and the excited younger sibling Tejas.

Aditya, who is the President of Shiv Sena's youth wing, Yuva Sena, was appointed as a 'leader' of the parent party a few years ago and recently conducted a gruelling 'Maha Janaashirwad Yatra' in the state, before deciding to contest elections.

En route to filing the nomination, Sena workers carried placards with photos of Aditya, his father Uddhav and late grandfather at Thursday's roadshow, as it made its way through the Worli area comprising some of the posh and poor localities of south-central Mumbai.