Here's how plants protect themselves from sun damage 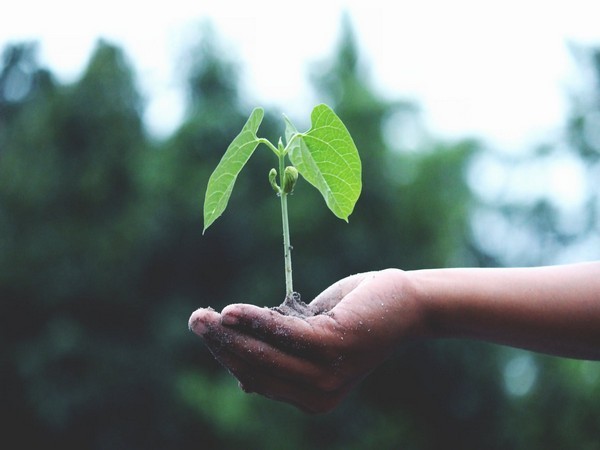 Washington D.C. [USA], Mar 10 (ANI): For plants, sunlight can be a double-edged sword. They need it to drive photosynthesis, the process that allows them to store solar energy as sugar molecules, but too much sun can dehydrate and damage their leaves.

A primary strategy that plants use to protect themselves from this kind of photodamage is to dissipate the extra light as heat.
However, there has been much debate over the past several decades over how plants actually achieve this.
Gabriela Schlau-Cohen, the Thomas D. and Virginia W. Cabot Career Development Assistant Professor of Chemistry at MIT, says, "During photosynthesis, light-harvesting complexes play two seemingly contradictory roles. They absorb energy to drive water-splitting and photosynthesis, but at the same time, when there's too much energy, they have to also be able to get rid of it,"
In a new study, Schlau-Cohen and colleagues at MIT, the University of Pavia, and the University of Verona directly observed, for the first time, one of the possible mechanisms that have been proposed for how plants dissipate energy. The researchers used a highly sensitive type of spectroscopy to determine that excess energy is transferred from chlorophyll, the pigment that gives leaves their green color, to other pigments called carotenoids, which can then release the energy as heat.
"This is the first direct observation of chlorophyll-to-carotenoid energy transfer in the light-harvesting complex of green plants," says Schlau-Cohen, who is the senior author of the study. "That's the simplest proposal, but no one's been able to find this photophysical pathway until now."
MIT graduate student Minjung Son is the lead author of the study, which appears today in Nature Communications. Other authors are Samuel Gordon '18, Alberta Pinnola of the University of Pavia, in Italy, and Roberto Bassi of the University of Verona.
When sunlight strikes a plant, specialized proteins known as light-harvesting complexes absorb light energy in the form of photons, with the help of pigments such as chlorophyll. These photons drive the production of sugar molecules, which store the energy for later use.
The simplest hypothesis for how plants get rid of these extra photons is that once the light-harvesting complex absorbs them, chlorophylls pass them to nearby molecules called carotenoids. Carotenoids, which include lycopene and beta-carotene, are very good at getting rid of excess energy through rapid vibration. They are also skillful scavengers of free radicals, which helps to prevent damage to cells.
A similar type of energy transfer has been observed in bacterial proteins that are related to chlorophyll, but until now, it had not been seen in plants. One reason why it has been hard to observe this phenomenon is that it occurs on a very fast time scale (femtoseconds, or quadrillionths of a second). Another obstacle is that the energy transfer spans a broad range of energy levels. Until recently, existing methods for observing this process could only measure a small swath of the spectrum of visible light.
The researchers performed their experiments in two different environments -- one in which the proteins were in a detergent solution, and one in which they were embedded in a special type of self-assembling membrane called a nanodisc. They found that the energy transfer occurred more rapidly in the nanodisc, suggesting that environmental conditions affect the rate of energy dissipation.
It remains a mystery exactly how excess sunlight triggers this mechanism within plant cells. Schlau-Cohen's lab is now exploring whether the organization of chlorophylls and carotenoids within the chloroplast membrane play a role in activating the photoprotection system.
A 2016 paper from University of Illinois researchers showed that by overproducing all of the proteins involved in photoprotection, crop yields could be boosted by 15 to 20 percent. That paper also suggested that production could be further increased to a theoretical maximum of about 30 percent.
"If we understand the mechanism, instead of just upregulating everything and getting 15 to 20 percent, we could really optimize the system and get to that theoretical maximum of 30 percent," Schlau-Cohen says. (ANI)