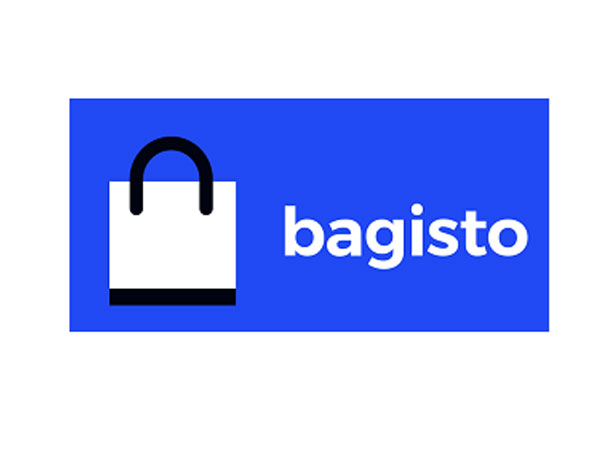 Noida (Uttar Pradesh) [India], September 23 (ANI/BusinessWire India): Bagisto is an opensource eCommerce platform built on Laravel.
Started as a community project by Webkul in October 2018, the platform has amassed 25k plus downloads, 2800 plus Github Stars, 0 to 100k user base, 1500 plus Community members and has generated USD 300k plus revenue in just two years time.

Webkul is an eCommerce giant that has been working on various eCommerce frameworks like Magento, WooCommerce, OpenCart, Shopify and many others for more than 10 years, most of which is opensource. While working on these platforms, there were some hidden difficulties like the ease to use these platforms, developers to easily customise them and the large learning curve.
This led to the development of a new platform which fulfils these aspects and will be easy to work on even for someone having experience on the popular MVC architecture based framework like laravel which led to the inception of Bagisto.
Bagisto is not just another eCommerce solution but more of platform-driven commerce. Its a post commerce solution by which one can build marketplaces, POS, PWA, Dropship, Multi-Tenant and other application around it. Built with the most advanced tech stack using laravel& vue.js, the platform is highly scalable, customisable and easy to use.
"With Bagisto, we are not fighting a war with other eCommerce platforms, but trying to provide the best platform for developers and merchants to make use of," says Saurav Pathak, VP - Product and Sales, Bagisto.
The ever-growing community, 70 plus add-ons to be used with and backed by one of the biggest eCommerce companies of Asia, the opensource platform is here to stay and expand. In the latest release of v1.2.0, the platform has released innovative features like Blade Tracer, Module Generator and One-Click Update to ease the way how developers customise and update bagisto.
The platform is looking to pivot into a solution providing native support to machine learning and augmented reality features using TensorFlow as opensource to further improve the merchant-customer experience. "Bagisto allows you to build the next generation eCommerce store on the popular PHP framework; Laravel," says Jitendra Singh, VP - Technology, Bagisto.
"People in India are working on open source projects, but these have not originated in India. Our attempt is to change this scenario. We do not know whether we will succeed, but we are constantly trying our best to work on open source projects. In the end, India should be the place of origin for global open source projects," says Vipin Sahu, CEO of Webkul.
The platform has received widespread coverage on various platforms like Laravel News, OpensourceforU magazine, Aatmanirbharbharat, IndiaOS talks to name a few. The future plans of including micro-services, GraphQL API and be like a Business Application Platform speaks a lot of platform's visionary roadmap.
This story is provided by BusinessWire India. ANI will not be responsible in any way for the content of this article. (ANI/BusinessWire India)