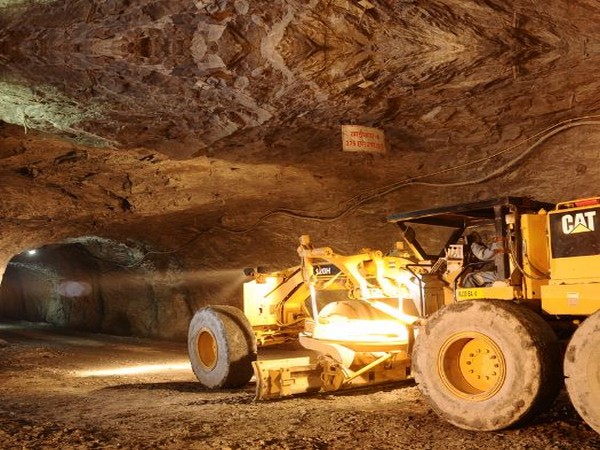 The global integrated producer of zinc, lead and silver also saw its revenue from operations plunge by 16 per cent to Rs 4,672 crore due to 9 per cent decline in zinc prices on the benchmark London Metal Exchange and lower volumes compared to a year ago.
"From a year ago, net profit in Q3 was impacted by higher depreciation and amortisation expense on account of higher ore production and higher capitalisation, and also lower investment income due to market to market gains last year," the company said in a statement.
HZL said zinc sales went down to Rs 3,165 crore in Q3 FY20, which was 18 per cent lower than zinc sales of Rs 3,841 crore reported in Q3 FY19. The company's lead sales went down by 21 per cent to Rs 652 crore during the quarter against Rs 826 crore in the same period a year ago.
Chief Financial Officer Swayam Saurabh said: "Our target is to maintain cost leadership by bringing in operational efficiencies and higher productivity through technology adoption and digital transformation, aided by the completion of our key projects."
Mined metal production for the quarter was 235 kilo tonnes (kt), up 7 per cent sequentially on account of higher ore production and better overall grades.
From a year ago, mined metal production was down 5 per cent in Q3 and 3 per cent year to date on account of lower grades at Kayad and Sindesar Khurd mines, partly offset by higher ore production.
Integrated metal production was 219 kt for the quarter, up 4 per cent sequentially driven by 7 per cent increase in zinc production to 178 kt while lead production declined by 7 per cent to 41 kt. Integrated zinc production increased in line with higher mined metal availability.
The decline in integrated lead production was due to a temporary issue at DSC lead smelter. Integrated silver production was 149 million tonnes, up 11 per cent sequentially on account of higher silver grades at SK mine.
From a year ago, integrated metal and silver production declined by 9 per cent and 16 per cent respectively in Q3 and by 3 per cent and 9 per cent respectively in line with lower mined metal production, lower lead production and lower silver grades. (ANI)