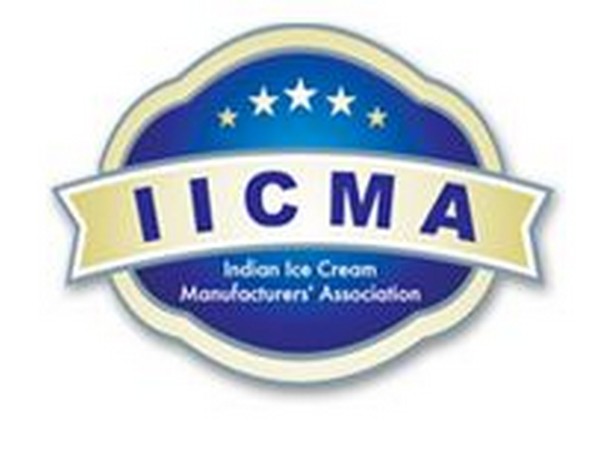 Ahmedabad (Gujarat) [India] Jan 17 (ANI/PRNewswire): Ice-cream and frozen dessert manufacturers are facing difficulties in procurement of skimmed milk powder (SMP) as stock is not available in the market and there is a sudden hike in its unit price.

And this skimmed milk powder (SMP) is one of the vital ingredients in the making of ice-creams and frozen desserts. IICMA (Indian Ice Cream Manufacturers Association) has summarized a few points to depict the current Ice-cream and Frozen dessert manufacturer's situation:
* In 2018 average rate of SMP was Rs 150/kg.
* The average rate of the last 4-5 years ranges between Rs 180 to Rs 200/kg.
* From Jan-2019 onwards rates are increasing day by day from Rs 180 to the current rate of Rs 330/kg.
* The current international rate of SMP is Rs 200/kg.
* When India decided to opt-out of RCEP, the rate of SMP got increased by Rs 20/kg in India.
* Members of IICMA stated that even after paying the current rate of Rs 330/kg in India the ice-cream manufacturers are still facing the shortage of SMP in the market.
* IICMA is concerned as if this is the scenario in this flush season then what might be the situation of availability of SMP in Summer season
* They also stated that due to extended rainy season by two months in the country, there was great damage to the crop and fodder, which resulted in the reduction of procurement of milk and milk-related products by 10 to 15 per cent.
IICMA feels, if the current situation persists, it would be very difficult for the ice cream industry to sustain and might result in the below scenarios:
* The persisting current situation & steep price hike may result in rampant adulteration in SMP
* Loss of GST to Government might occur due to the shutdown of various ice cream and frozen dessert manufacturing
* They also say that ice-cream manufacturing companies may have to suffer the following situations:
SS Increment in the pricing of ice-creams and frozen desserts
SS Daily fund flow would get affected
SS There would be slow down and less production of ice-cream and frozen desserts
SS Hence, there may be many frozen desserts manufacturing companies, who might become defaulter with bank
Manufacturers of ice-cream would face huge losses. As a result, they might have to dismiss labours in huge numbers.
IICMA has proposed the creation of a buffer shock of 65000 MT which would be used to stabilise the market to maintain/reduce prices within acceptable levels.
In the period of glut when prices fall below remunerative levels, the Govt can step in to buy SMP and use buffer stock to provide stability to the market to protect the interest of farmers.
This way the price of milk and SMP can be maintained within an acceptable price band thereby taking care of the interest of both - farmers and consumers and therefore creating a win-win situation for all stakeholders.
IICMA felt that such buffer stock should be created within mid-Feb and widely published in media so that the hoarding of SMP by manufacturers and traders is strongly discouraged.
IICMA therefore also requested Minister to immediately arrange import of 65000 MT of SMP which can start coming into the country within 45 days approximately so that stocks would be probably available within the country by mid of Feb 2020.
And the ice-cream manufacturers do not have to face a situation like in the case of onions where intervention came too late and prices already had reached very high levels before imports were organised.
"The demand and necessity of current time are economic liberalization such as Diary Sector to be made open for the Global market by allowing it for import and export. As this would not only give chance to export but will encourage many people toward animal husbandry occupation and ultimately would be helping in increasing yearly income of farmers", said Rajesh Gandhi on behalf of IICMA, the President of IICMA.
"It would be great help if the import of Skimmed Milk Powder (SMP), Whole Milk Powder (WMP), butter and butter oil (fat) would be under duty-free scheme, as non-availability of the stock is going to affect the whole ice cream and frozen dessert industry of India", he added.
This story is provided by PRNewswire. ANI will not be responsible in any way for the content of this article. (ANI/PRNewswire)