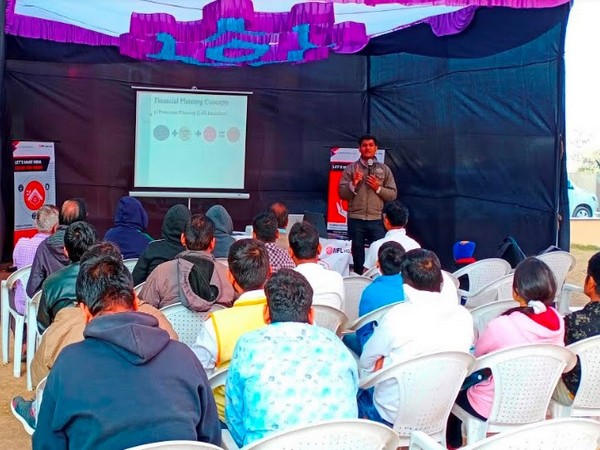 The goal of Ministry of Housing and Urban Affairs (MoHUA) is to provide the eligible beneficiaries of Prime Minister Awas Yojana (PMAY) not just housing, but also address their various pressing lifestyle challenges like - cleanliness, hygiene, and sanitation - apart from raising the requisite awareness about basic civic issues.
IIFL HFL's awareness-raising initiatives were meant to further educate the PMAY beneficiaries about the best practices to maintain their new homes and enjoy several amenities and essential civic services.
Over 200 people participated in these activities organized across cities including Ahmedabad, Indore, Bengaluru, Lucknow, and Baroda among others.
The campaign also witnessed presentations aimed at educating the people about the benefits of CLSS under PMAY. Through all these activities under the Angikaar campaign, IIFL HFL in a lent support to Prime Minister's "Housing For All" mission.
The Angikaar campaign has been launched by MoHUA to commemorate the 150th birth anniversary of Father of Nation, Mahatma Gandhi. The various activities conducted under the Angikaar campaign include - street plays, distribution of leaflets, posters, puppet shows, rallies, school awareness programs via workshops, competitions, vehicle announcements, health camps, pledge, plantation drives and more.
The association of IIFL HFL has further bolstered the Angikaar campaign, which also aims to bring the beneficiaries of the Pradhan Mantri Awas Yojana (PMAY) under the fold of other central government schemes.
In order to educate the customers and enlighten them about the benefits of PMAY, IIFL HFL regularly conducts on-the-spot counselling for customers visiting its branches, felicitates CLSS beneficiaries at events, organizes awareness initiatives, gives presentations to defined audiences and proactively calls potential customers to educate them about the benefits of CLSS.
For its continued support in facilitating beneficiary families avail benefits of CLSS subsidy under PMAY, IIFL HFL has received the award for 'Best Performing PLI' under Credit Linked Subsidy Scheme for EWS/LIG under 'Pradhan Mantri Awas Yojana' from Ministry of Housing and Urban Affairs, twice.
Striving for the happiness of its customers, IIFL HFL has facilitated the subsidy amounting to over Rs 770 crores bringing happiness to more than 33,300 beneficiaries.
This story is provided by NewsVoir. ANI will not be responsible in any way for the content of this article. (ANI/NewsVoir)