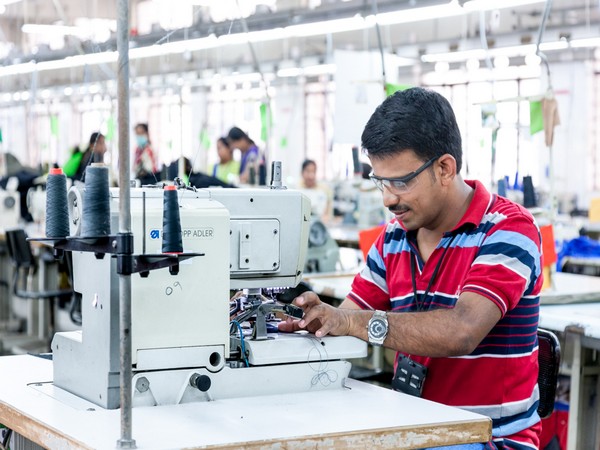 Mumbai (Maharashtra) [India], Jan 14 (ANI): The number of new payrolls created in the current financial year 2019-20 could be at least 16 lakh lower than in the previous year, according to a report authored by Soumya Kanti Ghosh, Group Chief Economic Adviser at the State Bank of India (SBI).

In FY19, India created 89.7 lakh new payrolls as per data by the Employees' Provident Fund Organisation (EPFO). The economy is expected to expand at 5 per cent in FY20 and the slow growth is having a visible impact on payroll creation.
"In FY20, as per current projection, this number could be at least 15.8 lakh lower," said Ghosh.
The EPFO data primarily covers low-paid jobs as the salary is capped at Rs 15,000 per month. Government jobs, state government jobs and private jobs are not part of this ambit as such data have moved to National Pension System (NPS) beginning 2004.
Interestingly, even in the NPS category, central and state governments are supposed to create close to 39,000 jobs less in FY20 as per current trends, said Ghosh in the report. "Hence, the number of new payrolls created in FY20 could be at least 16 lakh lower than in FY19," he said.
There are several trends that are apparent from the payroll data. First, the payroll creation is the sum of existing and new payroll with existing payroll the aggregation of the extent of formalisation and second job. New payroll is the first payroll creation.
Second, the extent of formalisation has declined steadily and is now currently at 9.5 per cent of the overall payroll creation (11 per cent in FY19). The extent of formalisation could decline further. This implies that Goods and Services Tax (GST) collections are unlikely to recover significantly towards the Rs 1.1 lakh crore threshold that the government expects in coming months.
Third, the number of second payrolls is increasing significantly and this coupled with the projection of a lower new payroll creation in FY20 indicates the possibility that adequate new payrolls are not being created.
Fourth, the prospect of lower payroll creation in government indicates that the government is not recruiting new payrolls in lieu of retiring government employees.
Fifth, it is estimated that labour productivity growth was stagnant during FY15 to FY19. Such low and stagnant productivity encourages over-borrowing by corporations and households only to deleverage later. A similar logic applies to the social and political impact of low productivity growth. The moot point is that such deleveraging will only delay consumption growth.
Sixth, there are evidences of a decline in remittances by labourers to selected states in India in the past one year. These migrants have been making significant financial contributions to their families in their places of origin.
The remittance data shows a decline in remittances in states like Assam, Bihar, Rajasthan, Odisha and Uttar Pradesh. It is possible that the delay in resolution cases under Insolvency and Bankruptcy Code 2016 may have prompted companies to downsize their contractual labourers.
Seventh, the EPFO should take utmost care to remove the niggling problems with the data, said the report. (ANI)