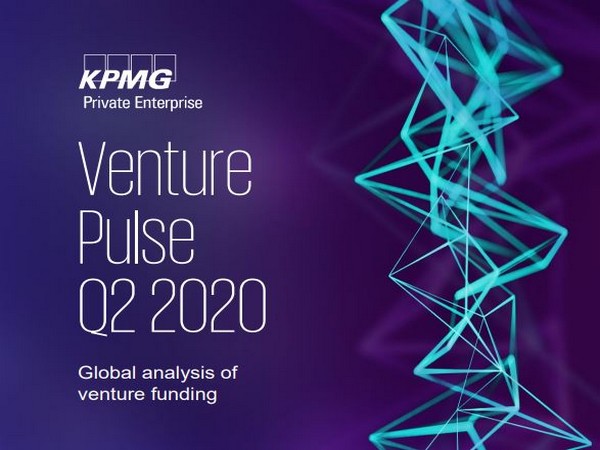 New Delhi [India], July 24 (ANI): After outperforming China in terms of venture capital (VC) investment in fintech during the first quarter of current calendar year, 15 fintech continued to be the strongest area of focus for VC investors in India in Q2, led by the 397 million dollars raise by lending company Navi Technologies.

Despite the slowdown in VC funding, India remains a key market for investors, according to KPMG Private Enterprise's Venture Pulse Q2 2020 Report.
In April, Facebook announced a massive 5.7 billion dollars equity investment in Reliance Jio, India's largest telecom operator. During Q2, Reliance Jio launched both JioMart17 direct e-commerce platform and JioMart Whatsapp-based platform.
"The ongoing interest in India is expected to help keep VC deals occurring in the country, if at a slower rate. While Q3 results may also be soft, investment is expected to rebound by the end of 2020," said the KPMG report.
"VC investment in India is expected to remain muted in Q3 CY20 with the exception of fintech, healthtech, agritech and gaming," it said.
In Q2 2020, VC-backed companies in the Asia region raised 16.9 billion dollars across 1,011 deals. Despite short-term challenges, it said, the outlook for the VC market in Asia remains relatively optimistic as the region continues with its recovery from Covid-19.
There will likely be continued downward pressure on valuations over the next quarter, however, along with increasing consolidation in sectors particularly hard hit by the economic downturn caused by the pandemic.
In China, there continues to be concern regarding the ongoing trade dispute with the United States which could affect investment. VC investors in China will likely remain very interested in areas like 5G, smart cities, Internet of Things and health care innovation.
Over the next quarter, said the KPMG report, many VC investors are expected to remain highly focused on their own portfolio companies, assessing whether they can thrive in the new reality and providing follow-on funding for companies that have had to delay their exit plans.
While early-stage companies globally will likely continue to find it difficult to attract funding, companies that respond to accelerating trends, such as remote working, e-commerce, and health and biotech, could see an uptick in investment interest.
"It is also likely that companies looking for investment will need to demonstrate an even greater commitment to equality and diversity," said the report. (ANI)