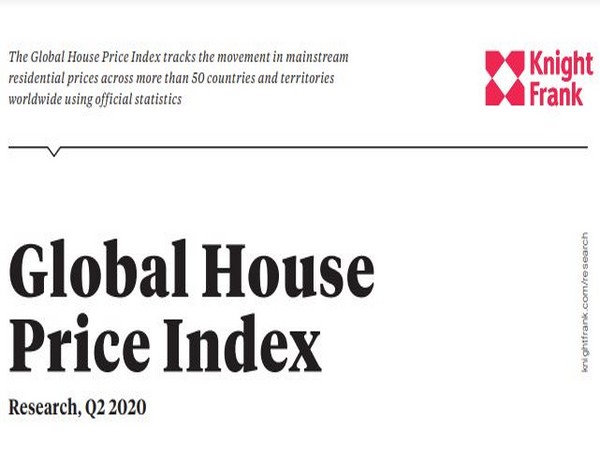 Mumbai (Maharashtra) [India], September 15 (ANI): India ranks at the 54th spot among 56 countries and territories tracked by leading international property consultancy Knight Frank in terms of appreciation in residential real estate prices with a decline of 1.9 per cent year-on-year in home prices.

As compared to Q1 2020, India moves down 11 spots in the Global House Price Index Q2 from 43rd rank to 54th rank.
"The residential sector has been impacted by low demand across most markets in India. Further, the slowdown due to the pandemic in the global economy has adversely affected the real estate sector and the purchasing power of homebuyers," said Shishir Baijal, Chairman and Managing Director of Knight Frank India.
"While a lot will depend on when the economy opens up completely, the current softening of prices can be beneficial for the end-users to make their purchase decisions. Further, lower home loan interest rate can provide the right motivation for house purchase," he said in a statement on Tuesday.
Knight Frank's Global House Price Index tracks the movement in mainstream residential prices across 56 countries and territories worldwide using official statistics.
In the 12-month percentage change for the period Q2 2019 to Q2 2020, Turkey led the annual rankings with prices up 25.7 per cent year-on-year, followed by Luxembourg at 13.9 per cent and Lithuania with 12.4 per cent.
Hong Kong was the weakest performing territory in Q2 2020 with home prices fallen to 2.8 per cent.
Mainstream residential prices across 56 countries and territories worldwide rose at an annual rate change of 4.7 per cent on average compared to Q1 2020 at 4.4 per cent.
According to the report, 9 per cent of the surveyed global countries and territories registered a decline in a yearly price growth.
European countries occupy eight of the top 10 rankings in Q2 2020 which provides representations from the Baltic and central and eastern European nations as well.
From the Asia Pacific region perspective, New Zealand and South Korea which were initially seen to have effectively handled the pandemic have registered mixed results.
New Zealand slumped from second to 11th place in the rankings between March and June. However, the country recorded an annual price growth of 9 per cent, making it the top-performing market of Asia Pacific region.
South Korea where annual price growth was weak at 0.1 per cent in Q1 2020 has seen an annual price growth pick up to 1.3 per cent in Q2 2020. (ANI)