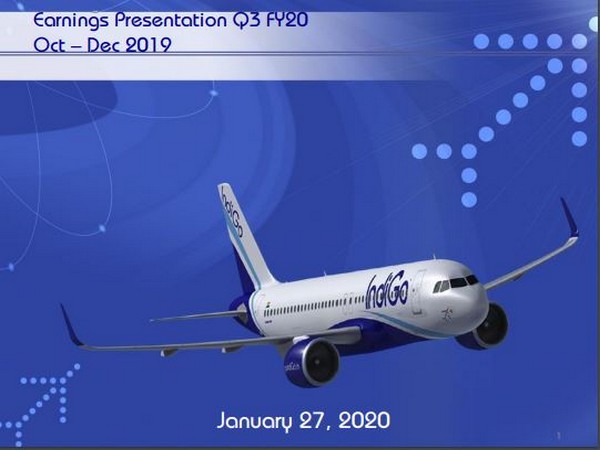 In Q3 FY19, it had posted net profit of Rs 185 crore. During the September quarter of current fiscal (Q2 FY20), the budget airline had reported its highest ever quarterly loss of Rs 1,066 crore.
"We have reported a profit before tax of Rs 556 crore with a profit before tax margin of 5.6 per cent compared to 2.3 per cent profit before tax margin for the same quarter last year," said Chief Executive Officer Ronojoy Dutta.
He said IndiGo started operations in 7 new international routes and 17 new domestic routes and operated a peak of 1,634 daily departures during the quarter Q3 FY20.
"I am very enthusiastic about the way we have been developing our network, connecting cities large and small to provide more choice to our customers. We have added small cities such as Shirdi and Shillong to our network while extending our reach to major cities such as Hanoi and Guangzhou," said Dutta.
"While expanding we have also been paying a lot of attention to our customer service levels and for the quarter, our on-time performance was number one amongst the Indian carriers. We are really serious about our mission of building the best transportation network in the world for India," he added.
The low-cost carrier clocked revenue from operations of Rs 9,932 crore for the quarter, marking an increase of 25.5 per cent against a 19.3 per cent increase in capacity compared to the same period last year.
Total income grew to Rs 10,330 crore during Q3 FY20 as against Rs 8,229 crore in Q3 FY19.
The earnings before interest, taxes, depreciation, amortisation and restructuring or rent costs (EBITDAR) came in at Rs 1,961 crore, up 17.2 per cent from Rs 1,673 crore reported in the same quarter of previous fiscal. The EBITDAR margin came in at 19.7 per cent.
Yield for the quarter was at Rs 3.88 versus Rs 3.83 crore and load factor was up at 87.6 per cent versus 85.3 per cent year-on-year.
The management issued no comment on the progress of engine replacement in its A320neo aircraft. The Pratt & Whitney engines have been facing low-pressure turbine issues, main gearbox failure and engine vibration, resulting in schedule disruptions.
At the end of December 2019, IndiGo had a fleet of 257 aircraft, of which 126 were A320ceo, 96 A320neo and 10 A321neo besides 25 ATRs.
During the quarter, the airline connected 61 domestic destinations and 23 international destinations.
(ANI)