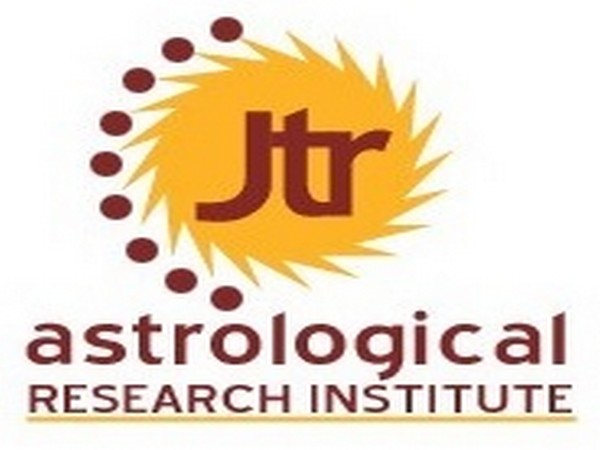 Students applications to begin from 20th July 2020. The institute offers three simple courses 1) Basic Astrology, 2) Predictive Nadi Astrology and 3) Advance Astrology eventually certifies the astrologers as "Jyotish Alankar", "Jyotish Shiromani" and "Jyotish Ratna" respectively.
Umang Taneja has been teaching and consulting all across the globe for over two decades. He is also actively taking part in various symposiums and conferences in India. As on today he has students in five continents and in nearly all small & big countries of the world. He has also participated in numerous TV programs in various TV channels.
Since Umang Taneja travels the world to teach Astrology, he has been recognised as an 'Educator' in Parliament of Canada, Legislative Assembly of Alberta and by the Spanish newspaper as well. He heads a group of Astrologers for the research and development of the science of Nadi Astrology further for the benefit of mankind.
Batch 1: Basic Astrology
Date of commencement: 1st August
Course Duration: 3 Months
Cost: Rs 15000
Syllabus Covered: Astronomy, Time, The Horoscope, The Ascendant, Casting Horoscope, Hindu Dasa System, Planets Signs, Houses, Relationship of Planets, Houses and Signs, Transits of Planets, How to Predict? Uranus Neptune Pluto, History of Hindu Astrology, Traditional Astrology, Strength of a Planet, Divisional Charts, Myths in Astrology, Hindu Tradition.
Link for Enrollment: www.nadi-astrology.com/astrology-courses/elementary-course-of-astrology.html
Batch 2: Advance Predictive Astrology
Date of commencement: 26th July
Course Duration: 4 Months
Cost: Rs 41000
Syllabus Covered: Study of Numerology for predictive purpose, Nature of a person, Combination of a cheat and variety, How to differentiate in combination of sex scandal and financial scandal, How to differentiate combination of person under debts, bankruptcy, litigation, Hindu Dasa System, Name Correction, Combinations of Billionaires, High end Actors and Actresses, Leaders, Dictator, Builders, People who will win in speculations, share market, casinos, People who will good in management. People who will have successful travellers, True lovers, Merging Numerology with Nadi Astrology for learning higher predictive techniques.
Link for Enrollment: www.nadi-astrology.com/astrology-courses/course-of-AdvancedNadi-astrology.html
"Astrology is one of the oldest and a common subject in every religion or a country. It's one of the most intriguing and developing fields of science. So for the people who are thinking of adopting it as a profession, The courses concentrate on predicting one's future in a conventional and logical way by keeping the mythological words aside," said Umang Taneja, President and Founder of JTR Astrological Research Institute, while commenting on the commencement of the Astrology courses.
Taneja further added uses of astrology in today's time and how Nadi Astrology is different from other forms of Astrology.
Astrology Use in Today's Time
* Astrology is a guiding tool in tough times. Hence, helps in accepting and preparing for any bad phases of life
* Astrology helps in understanding a person's nature, therefore it plays a major role in choosing a life partner
* A financially stable or flourishing period of a person can be optimized if known in advance
* Helps in diagnosing the future health problems
* Astrology helps in understanding one's expertise and aptitude which can be used as a guiding tool for choosing an appropriate career
Nadi Astrology Vs Other Astrology
* Nadi Astrology Specifically focuses on predicting one's future
* Nadi Astrology doesn't create fear of superstitious practices or create fright in the name of myths like Mangaleek, kal sarp yog etc.
* Nadi Astrology is backed by set of scientific rules, principles and formulations to extract out one's future
* Nadi Astrology strictly believes in "karma", which indirectly states that no remedy in the world can change your future, one can only be ready for what is going to happen
* Nadi astrology evolves with time just like science
Astrology in India becomes the last resort for all troubles that one might face. It is when people get into unavoidable or unsolvable difficulties that they seek help from a spiritual guru, or an astrologer or a pandit. It is because he is in need of a Godfather which solves his problem. All because of his helplessness. Experience has shown many times such people are cheated in the name of spiritual astrology practices. When one comes out of the phase of life then he realises what he has gone through.
There are quite a few branches of Hindu Astrology wherein Nadi Astrology is predictive astrology. It is the only system of astrology which covers all the events of life in an exhaustive manner. Like all sciences Nadi Astrology has crystal clear formulations of all events of life. Nadi Astrology emphasis on karma. It emphasizes that positive Karma and hard work is the key to success and it proves it too. Merely, pooja, going to pilgrimages and faith cannot give results although pooja, going to temples etc. gives positive attitude.
There is a book, Accurate Predictive Methodology authored by Umang Taneja which carries formulations of all events of life, method and illustrations to use it. Umang Taneja takes up illustrations and live examples provided by students in class to make them understand the application of science of Nadi Astrology. In addition to Accurate Predictive Methodology, he has authored five more unique books in Astrology. Accurate Predictive Methodology is available in Hindi, English and Spanish languages.
This story is provided by NewsVoir. ANI will not be responsible in any way for the content of this article. (ANI/NewsVoir)