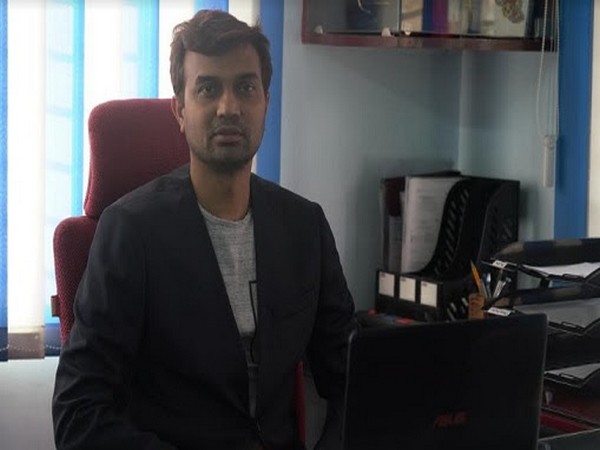 New Delhi [India], Jan 21 (ANI/NewsVoir): Keep Rolling Films is all set to continue its winning streak in this new decade.

Conceived in 2014, it is a part of parent media company Keep Rolling Films. It promotes in-house and collaborated films, music videos, and fashion videos.
Stunning and exotic locales in Bali, Maldives, Mauritius, France, Portugal, Spain, Mexico, Russia, and Iceland serve as the backdrop for these films. The first music video of the company 'Ek Dua', is an outstanding Indian music video that pulls at one's heartstrings.
It was shot in 2015 in six countries and the mesmerizingly soul-stirring song was sung by Javed Ali, who is an acclaimed Bollywood singer. The second music video, 'She & Me' was shot entirely in Moscow and sung by US singer Jill Gloria in 2016. The music video was selected at 17 International Music and Film Festivals and awarded at five.
Fashion films produced by Keep Rolling Films have been applauded and rewarded at prominent fashion events in Cape Town, London, Miami, Chicago, Istanbul, Porto, and NYC. The fashion video, 'Together', shot in Thailand in collaboration with a Russian Team was selected at Mercedes Benz Bokesh International Fashion Film Festival, South Africa and was the only Indian video in the line-up featuring international fashion video giants.
Another internationally recognized fashion video, 'The Call of the Tarrots', was the only Asian Fashion Film that can boast of being featured in more than five fashion festivals in 2015-16. The fashion film has a compelling storyline and seamlessly combines contemporary making, style and abstract fashion art to give it the effect and appeal of a mini-movie. It was showcased at 26 International Festivals in 17 countries.
Recently, a fashion film for Myntra titled 'Stulkan' in Icelandic which translates to 'The Girl' was shot at Iceland. Leading sportswear giants such as Nike, Reebok, Adidas, Puma, and others have been featured in this fashion film that promotes sportswear.
'Stulkan' has received accolades and awards at multiple international events of repute, including nominations at La Jolla International Fashion Film Festival 2019, California, often referred to as the 'Cannes of Fashion Films'.
In 2018, the company came out with its first children's short "Folktale" that did exceedingly well in the festival circuit of 2018-19 by securing 36 selections and bagging 11 awards in 12 countries. Its lead cast comprises an Indian boy and a Russian girl who have earned critical acclaim for their wonderful performances.
Keep Rolling Films' latest venture in 2020 is 'The Chernobyl Saga- Irish Butter Case of India'. The documentary focuses on a legal case filed in India that shatters all genre stereotypes. Various techniques of travelogue, narration, reconstruction, and personal interaction are used to keep the audience glued to their seats as revelations are made. The documentary is shot in Ukraine, Russia, and India.
Ajitesh Sharma, Founder of Keep Rolling Films, believes that his company has ushered in new avenues of filmmaking for talented filmmakers and artists.
"Diversity in creativity is the lifeblood of filmmaking. We wish to expand onto newer platforms for showcasing our films to a global audience. A mixed bag of assignments for fashion and music together with documentaries, features and shorts are what keeps the joy of discovering and storytelling alive," said Sharma.
Through its varied portfolio of films, fashion videos, and music videos, Keep Rolling Films has been successful in establishing itself as an Indian production company of repute on an international level. In the pipeline are interesting collaborations with big brands for fashion films and making a pathbreaking web-film.
This story is provided by NewsVoir. ANI will not be responsible in any way for the content of this article. (ANI/NewsVoir)