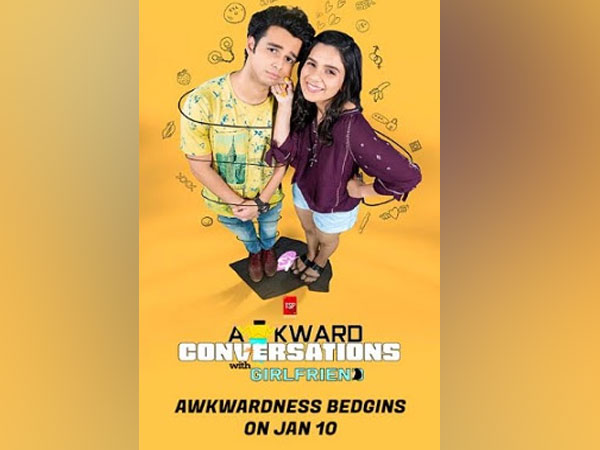 The sit-com spanning over six episodes focuses on the story of young lovers Ishaan and Ananya, who have been in a relationship for a long time but are yet to discover a lot about each other. To popularise the web-series, Likee has invited users to take part in TSP's #itsallawkward campaign.
To participate, Likeers need to create funny videos using the audio file of the famous dialogue from the first episode of the series and share with friends with #itsallawkward. So far, the videos generated with the hashtag have garnered millions of views. The users are contributing creative videos with astounding facial expressions to the dialogue, making it one of the most famous campaigns on Likee.
As the web-series progresses, Likee's filter library will be updated with more popular dialogues from the series for Likeers to create funny videos. As a part of the collaboration, the actors of the web-series will also launch their official Likee account to engage with their fans on the platform.
The Screen Patti, a.k.a TSP is a sister concern of the popular YouTube channel TVF, The Viral Fever and is renowned among online users for presenting spoofs of popular shows such as Kaun Banega Crorepati, Khatron Ke Khiladi, Bigg Boss, and others. The channel also creates its original web-series such as 'Awkward Conversations girlfriend'.
The series is written by Harish Peddinti, is Directed by Abhinav Anand and Ritvik Sahore, Rashmi Agdekar, Abhishake Jha are the lead actors. The channel already has over 4.5 million subscribers.
Likee is available in different Indian languages like Hindi, Tamil, Marathi, Telugu, Gujarati, Bengali, Kannada, Malayalam and Punjabi. Recently, Likee has also won the Guinness World Record for creating the 'Largest online video album of people waving a flag in India' during its 'No matter where I am, #IAMINDIAN' campaign. The campaign saw more than 1 lac Indians participating in celebrating India's 73rd Independence Day. Gift your brand an audience across Kerala and your friend a surprise this Christmas.
This story is provided by NewsVoir. ANI will not be responsible in any way for the content of this article. (ANI/NewsVoir)