Marginal uptick in GDP for FY21 at 5.5 pc but downside risks remain: Ind-Ra 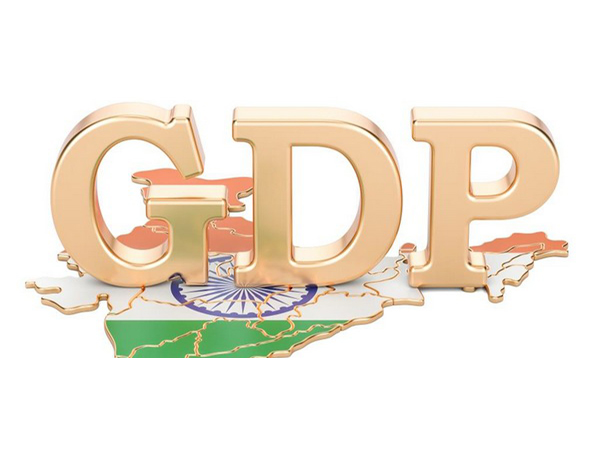 This is only a marginal improvement over the GDP growth of 5 per cent estimated by the National Statistical Office for the current financial year (FY 20). The slowdown in the agency's view is a combination of several factors.
Of the prominent ones are an abrupt and significant fall in lending by non-banking financial companies close on the heels of a slowdown in bank lending, reduced income growth of households coupled with a fall in savings and higher leverage, and inability of the dispute resolution and judicial systems to quickly unlock the stuck capital.
"Although some improvement in FY21 is expected, these risks are going to persist. As a result, the Indian economy is stuck in a phase of low consumption as well as low investment demand," said Ind-Ra in a statement.
A strong policy push coupled with some heavy lifting (even if this requires using the escape clause as suggested by the Fiscal Responsibility and Budget Management Review Committee headed by N K Singh) by the government is required to revive the domestic demand cycle and catapult the economy back into a high growth phase, it added.
The government has announced a slew of measures recently to prop-up the economy, but Ind-Ra believes they will come to aid only in the medium term. Therefore, all eyes are on the forthcoming Union Budget to be presented on February 1.
Ind-Ra expects the shortfall in the tax plus non-tax revenue to result in the fiscal deficit slipping to 3.6 per cent of GDP (budgeted 3.3 per cent) in FY20, even after accounting for the surplus transferred by the Reserve Bank of India.
A continuance of low GDP growth even in FY21 means subdued tax revenue and limited room for stepping-up expenditure. Ind-Ra believes the government will have to construct the FY21 Budget in a way that expenditure is rationalised and prioritised and all avenues of revenue generation are tapped.
While rationalising, the focus of expenditure has to be on creating direct employment and putting more money in the pockets of the people at the bottom of the pyramid. Since their marginal propensity to consume is close to one, they are likely to spend what they receive.
This will support consumption demand. Therefore, budgetary allocation to heads such as rural infrastructure, road construction, affordable housing and MNREGA must be prioritised and allocation for non-merit subsidy and expenditure less critical for growth be rationalised.
Also, gross fixed capital formation has become government-dependent, as incremental private capex has been down and out. Despite the fiscal constraints, the government has not shied away from infrastructure spending in the past and even resorted to funding them through extra-budgetary resources.
Ind-Ra thus believes the government will continue to focus on infrastructure spending and leverage all possible options -- Budget, off Budget including National Infrastructure Investment Fund. Also, since a larger part of the government capex now takes place at the state government level, it will be important to keep a tab on the state government capex as well.
The external environment continues to be challenging for exports due to the trade friction and protectionist policy pursued by many developed economies.
As a result, India's exports of goods and services are likely to witness negative growth of 2 per cent in FY20. With some breakthrough in the US-China trade talks, Ind-Ra expects the external environment to improve somewhat in FY21.
This is likely to help India's exports of goods and services to grow by 7.2 per cent and the current account deficit to decline marginally to 32.7 billion dollars, 1.1 per cent of GDP in FY21 (FY20: 33.9 billion dollars, 1.2 per cent of GDP).
In view of these developments, Ind-Ra expects the Indian rupee to average 73 against the dollar in FY21. (ANI)