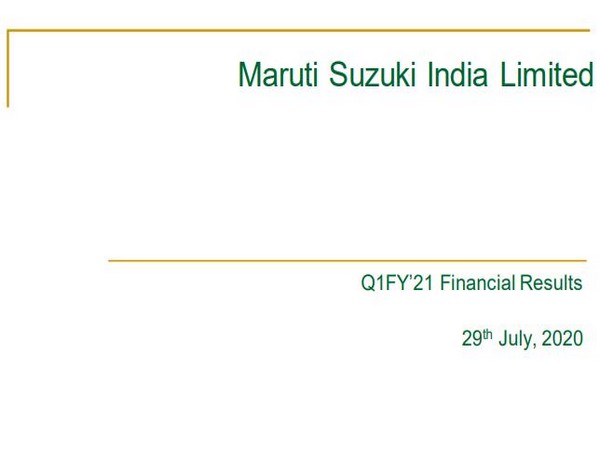 It was partially offset by lower operating expenses and higher fair-value gain on the invested surplus. In the quarter ended March (Q4 FY20), the net profit totalled Rs 1,292 crore.
The company attributed the outbreak of COVID-19 pandemic and consequent countrywide lockdown to contain it for adversely impacting its numbers.
Total revenue from operations in Q1 FY21 came at Rs 4,107 crore as against Rs 19,720 crore in Q1 FY20 and Rs 18,199 crore in Q4 FY20.
The automaker sold a total of 76,599 vehicles during the April to June quarter. While sales in the domestic market stood at 67,027 units, exports were at 9,572 units.
"Owing to the global pandemic of COVID-19, it was an unprecedented quarter in the company's history wherein a large part of the quarter had zero production and zero sales in compliance with a lockdown stipulated by the government," it said in a statement.
"Production and sales started in a very small way in the month of May". The company said its first priority was health, safety and well-being of all employees and associates across the value chain including its customers.
"Hence with carefully designed safety protocols, which went far beyond compliance levels, the production in the whole quarter was equivalent to just about two weeks' of regular working. The results have to be viewed in this context."
In developing the assumptions relating to the possible future uncertainties in the global economic conditions because of this pandemic, said Maruti Suzuki, the group used internal and external sources on the expected future performance.
It said it has performed sensitivity analysis on the assumptions used and, based on current estimates, expects that the carrying amount of these assets will be recovered. (ANI)