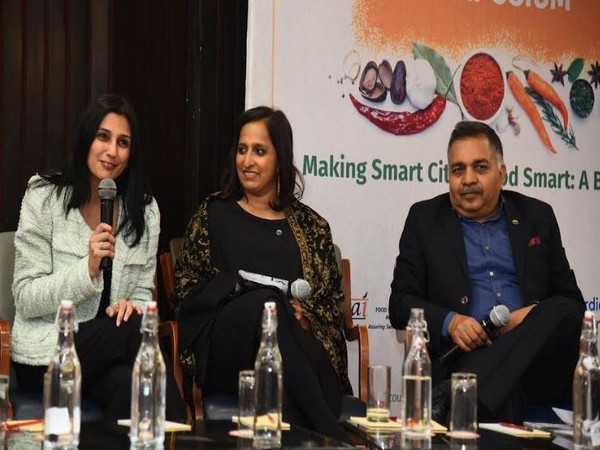 New Delhi [India] Dec 19 (ANI/NewsVoir): The Food and Nutrition Board of the Union Ministry of Women and Child Development today signed an MoU with the global food advocacy hub, Tasting India Symposium, to roll out a National Poshan Lecture Series and Poshan Quiz for Schools to create greater awareness about the Poshan Abhiyaan, the central government's most ambitious 14-ministry push for maternal and child nutrition and health.

Presiding over the signing of the MoU at the 4th Tasting India Symposium, Ajay Tirkey, Special Secretary, Ministry of Women and Child Development, said the government had declared war on malnutrition by targeting pregnant women, lactating mothers, infants and adolescent girls.
Tirkey spoke about Prime Minister Narendra Modi's call to make Poshan Abhiyaan a "jan andolan" (people's movement) for community mobilisation leading to behavioural change. Pointing to the support the movement had garnered, he said governors, chief ministers or administrators of 21 states and union territories were present to express their support at the Rashtriya Poshan Maah opening on September 4, 2019.
Tirkey also announced that more than two lakh anganwadis across the country are to be upgraded and rechristened Saksham Anganwadis. "We call them Version 2.0 anganwadis. They will have better facilities and will be equipped to deliver more," Tirkey said.
Speaking after the signing of the MoU, the Ambassador of Denmark, Freddy Svane, made a strong plea to Indians to "get back to your original food culture". Describing food as the "energy of the future", the Ambassador said, "You have a global responsibility. You are inspirational and aspirational India."
The Royal Embassy of Denmark is the knowledge partner of the Tasting India Symposium's Poshan Abhiyaan initiatives.
In an illuminating conversation with nutritionist and best-selling author Kavita Devgan and Meghana Narayan, Co-founder, Slurrp Farm, Pawan Agarwal, CEO, Food Safety and Standards Authority of India (FSSAI), announced that the food regulator was all set to launch its 'verified milk vendors' initiative to ensure that individual milk providers in cities and towns are certified by FSSAI and they mandatorily carry lactometers so that their patrons can on-demand check the quality of milk being sold to them. The pilot of the nationwide rollout will be launched in Amritsar, followed by Ahmedabad.
Going forward, the lactometers will be embedded with digital technology for real-time transmission of data to a central web repository.
"Innovative solutions are required when you are dealing with the informal sector," Agarwal said.
Mentioning a similar initiative in the street food space, Agarwal said it started with one safe street food hub in Ahmedabad, but in one year the number has risen to 20. "It is still too little. We need hundreds of these," Agarwal added.
Speaking at the Symposium, based on the theme of 'Making Smart Cities Food Smart' Amitabh Kant, CEO NITI Aayog called for millets and pulses to be included in a much bigger way in the public distribution system to lay the foundation of "sustainable urban foodscape".
"We need to go back to our roots", Kant said. He concluded by saying "Smart people are the base of smart, progressive and healthy cities. And smart people are those who take care of their health and that of others. Smart cities, therefore, need to ensure healthy, sustainably produced food for all sections of society."
This story is provided by NewsVoir. ANI will not be responsible in any way for the content of this article. (ANI/NewsVoir)