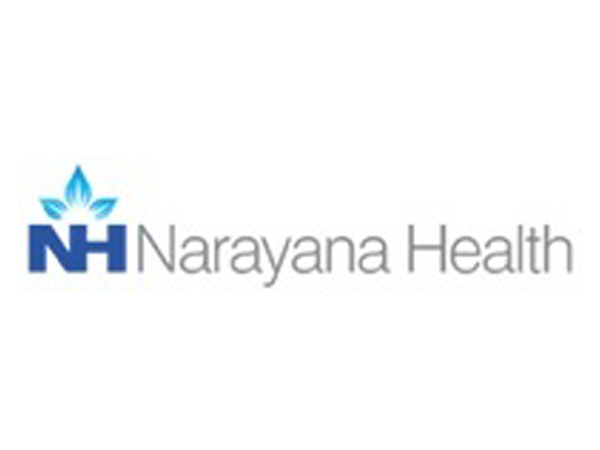 Bengaluru (Karnataka) [India], Jan 20 (ANI/NewsVoir): Suffering from Stage IV cancer itself minimises one's chance of recovery. Further, if your beliefs do not approve of certain medical practices then your chances of recovery become even more difficult.

That was the case with Ittai James Moshi from Tanzania, who has been successfully treated for Stage IV neuroblastoma by the paediatric haematology and oncology department of Narayan Health City.
The child was saved through bloodless bone marrow transplant. The case gives Narayana Health City the unique distinction of being the first hospital in the state to perform bloodless paediatric bone marrow transplant.
Hailing from Tanzania, Master Ittai James Moshi was suffering from neuroblastoma, cancer that starts from one of the adrenal glands in the abdomen areas. He was suffering from Stage IV cancer wherein his cancer had spread to the bones and bone marrow.
As chemotherapy alone couldn't cure him, he was advised to undergo bone marrow transplant. As the child and family were followers of Jehovah's Witnesses they were not open for blood transfusion which is crucial aspect in bone marrow transplant.
Owing to the complexity of the case, the hospital the child was being treated at referred him to Narayana Health City.
The haematology and oncology team under Dr Sunil Bhat did a detailed workup and advised for autologous bone marrow transplant. In autologous bone marrow transplant, the healthy blood stem cells from one's own body is taken out and given back after very high doses of chemotherapy.
After evaluation, the expert team at Narayana Health city chalked out a detailed plan to treat the child. Generally in a bone marrow transplant, the procedure requires the patient to undergo blood transfusion. In fact, the patient will need to undergo blood transfusion for around 5 to 6 times during the procedure and equal number of platelet transfusions.
Respecting the child and the family's religious believes, the doctors decided to work on the child three weeks in advance and put him on medications that help in increasing his blood levels. Once the body started responding positively and his blood levels were optimal they performed the procedure.
Firstly they removed the cancerous tumour surgically. The surgery was followed by the bone marrow transplant.
"Bone marrow transplant is a complex procedure in general. In the case of Ittai James Moshi it was a high-risk case as we could not use any banked blood products on him. We had to depend on his body to produce the necessary blood, said Dr Sunil Bhat, Director and Clinical Lead - Paediatric Oncology, Haematology and Bone Marrow Transplant at Mazumdar Shaw Cancer Centre, Narayana Health City said, elaborating about the case.
"In fact, despite medications, many times the blood production may not be optimal. Further, owing to the low production of platelets there is a high chance of developing bleeding which can affect the survival of the child. The success rate of bone marrow transplant without the support of blood transfusion is very low and many would not even attempt it. However, with the help of our expert team we managed to successfully perform the bone marrow transplant," Dr Bhat added.
Within four to six weeks the child body recovered and was discharged. Currently, the child is on follow up.
"We had lost all hope. In fact, we were contemplating to go back. However, Dr Sunil Bhat and his team's confidence instilled some optimism in us. We really appreciate their honesty as they elaborated to us right in the beginning itself about the complexity of the procedure. Further, they even patiently stood with us even emotionally through our tough times," said James Moshi, expressing his joy of regaining his child.
The Bone Marrow Transplant Unit at the Mazumdar Shaw Cancer Centre, Narayana Health City is recognized world-over as a leading referral centre for both autologous and allogenic stem transplant. The unit has completed more than 1200 stem cell transplants, including the complex transplants like Haplo-identical (half matched transplants) and unrelated transplants.
This story is provided by NewsVoir. ANI will not be responsible in any way for the content of this article. (ANI/NewsVoir)