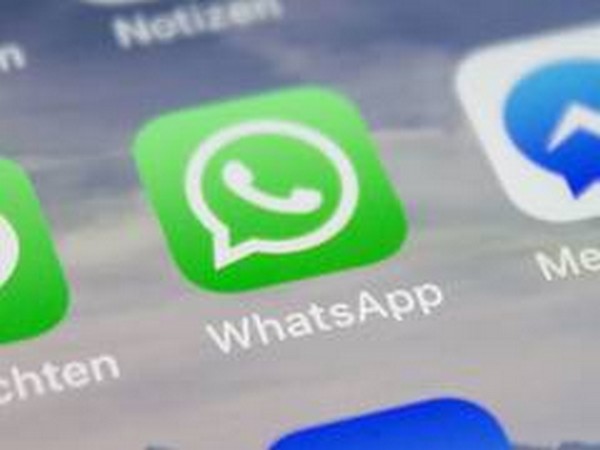 Washington D.C. [USA], May 16 (ANI): Facebook's Messenger Rooms might soon be available on its other messaging service, WhatsApp.

According to Mashable, Facebook announced a new feature for Messenger that allows up to 50 users in the same video chat. Known as Messenger Rooms, the video conferencing feature is currently available in the U.S., Canada, and Mexico while it will be rolled out to the rest of the world next week.
The new feature -- Messenger Rooms don't have a time limit and other participants don't need a Facebook account to join the video call and all they need is a link to the Room. The host can create a Room and share Rooms on Facebook through News Feed, Groups and Events also apart from the Messenger app.
This new feature is claimed to be Facebook's answer to Zoom's dominating run as the go-to video conferencing platform in times of social distancing.
The CEO of Facebook - Mark Zuckerberg said in a Facebook post, "Rooms have no time limits, can host up to 50 people, and you can create them for free across Messenger, Facebook, and soon Instagram and WhatsApp as well."
The feature has been spotted on WhatsApp already by WABetaInfo. The Messenger Room integration is available on beta version 2.20.163 for Android. Additionally, the feature was also spotted on the WhatsApp Web 2.2019.6 version as well.
The 'Room' option is available in the share menu (paperclip icon in the chat bar) where it had replaced the 'Camera' option, as per the report by WABetaInfo. Clicking on the Room shortcut will prompt a dialogue box that describing the feature with an option to 'Continue in Messenger'. There is another shortcut for Messenger Rooms in the Calls tab of WhatsApp. (ANI)