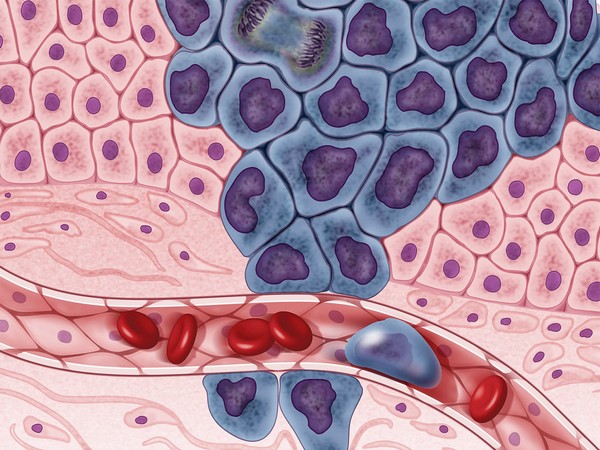 Washington D.C. [USA], Jan 26 (ANI): A recent study on Australians has found that more people are being diagnosed with cancers that will do them no harm if left undetected or untreated, however, they are being exposed to unnecessary surgeries and chemotherapy.

The study was published in the Medical Journal of Australia.
The research, led by Prof Paul Glasziou, Director of the Institute for Evidence-Based Healthcare at Bond University, drew on data from the Australian Institute of Health and Welfare to compare how the lifetime risk of five cancers had changed between 1982 and 2012.
The study shows that as compared to 30 years ago, Australians are much more likely to experience a cancer diagnosis in their lifetime.
The figures suggest that in 2012, 24 per cent of cancers or carcinomas in men were overdiagnosed. These included 42 per cent of prostate cancers, 42 per cent of renal cancers, 73 per cent of thyroid cancers and 58 per cent of melanomas.
For women, 18 per cent of cancers or carcinomas were overdiagnosed, including 22 per cent of breast cancers, 58 per cent of renal cancers, 73 per cent of thyroid cancers and 58 per cent of melanomas.
The figures are significant because of the harm that can occur from cancer treatment of patients who would never have had symptoms in their lifetime.
"Cancer treatments such as surgery, radiotherapy, endocrine, and chemotherapy carry risks of physical harm," the authors of the study said.
"In the context of overdiagnosed cancers, however, affected individuals cannot benefit but can only be harmed by these treatments," said Glasziou.
The authors also refer to separate studies showing overdiagnosis could be linked to psychological problems.
"For example, men's risk of suicide appears to increase in the year after receiving a prostate cancer diagnosis," she added.
The new study, which was led by Prof Glasziou in conjunction with co-authors Prof Alexandra Barratt and Associate Professor Katy Bell of University of Sydney, Associate Professor Mark Jones of Bond University, and Dr Thanya Pathirana of Griffith University, calls for urgent policy changes to address overdiagnosis.
Prof Glasziou said the increasing rates of diagnosis were a result of improvements and wider use of testing and screening.
"The problem is that some screening identifies abnormal cells that look like cancer but don't behave like cancer. However, reducing that problem is not easy, as some types of screening are important."
Prof Glasziou said the best option for reducing melanoma deaths may not be ever-more screening "but applying daily sunscreen" and research on better treatments.
"While much of the overdiagnosis is due to screening, many overdiagnosed cancer cases are incidental findings, that is, the patient is being tested for something else when the cancer is detected," added Prof Glasziou.
Associate Professor Bell said that the findings also suggest an important role for health services such as the Australian Institute of Health and Welfare, in detecting potential overdiagnosis and alerting health policy decision-makers to the problem early on.
"Patterns of increased test use, cancer incidence, or treatment rates, without corresponding rises in mortality, could indicate emerging areas of overdiagnosis," she said. (ANI)