Niine and Rajasthan Royals join together, for IPL 2020 to make each run count 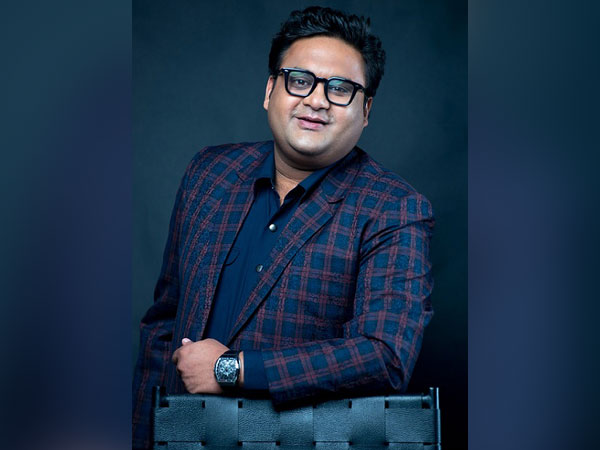 Rajasthan Royals are sporting Niine Sanitary Napkins logo at the rear of their jersey, challenging the country's entrenched taboos about menstruation.
In a one of its kind campaign, 'Every Run Counts' Niine has pledged to further strengthen their commitment of making menstrual hygiene accessible to all. For every run scored by the Rajasthan Royals team, Niine will provide menstrual hygiene to 9 girls. This campaign was initiated to encourage the players to score more, not just to win the match, but also to make a difference in the society. Fans will be able to see campaign highlights across all social media handles of Niine and Rajasthan Royals where the scores run and number of girls benefitted will be declared.
Niine has been a driving force for social acceptability to free women from menstrual shackles that may be imposed by society. The 'Run4Niine' Initiative is a prime example, where Bollywood star and India's 'Pad Man' Akshay Kumar joined forces with Niine to organise a large scale event in the form of a marathon to get Indians to come out and raise awareness about menstrual hygiene. Another ground breaking campaign to break the shame was when a pad was printed on the New Zealand cricket ground for T-20 match series.
Hence, Rajasthan Royals, who believes in spearheading the change by working with empowered women to further educate the society, was the perfect fit for Niine. It is a true exemplification of the synergy between the two brands and the belief and vision carried out by them.
Adorned on the back of the Royal's purple jerseys will be the name Niine, making it the first time any Indian sports team has been sponsored by a sanitary napkin brand. Colour Purple represents the mixing of gender normative colours pink (cis-gender femininity) and blue (cis-gender masculinity), further emphasizing a perfect balance between the two genders and shunning the menstrual stigma which has been an entrenched cause of gender inequality.
Cricket is the most popular sport in the country and the audience IPL attracts cuts across regional, economic and socio-cultural barriers in India. Using the reach of IPL to highlight the issue of menstruation and feminine hygiene will raise the curtain on a topic still largely considered a taboo.
This unique collaboration has already caused ripples across India. However, Niine is not limited to only sanitary napkins. While its focus is on woman hygiene, it is committed to a larger goal of overall health and hygiene as the company recently launched its range of Hand Hygiene products. As sanitization and personal hygiene have become a part of our basic needs today, Niine has provided the Rajasthan Royals team with hand hygiene kits to continue playing without compromising on health and safety.
"Considering IPL's global appeal and Cricket being the most watched sport in the country, it provides the perfect platform to address health and drive social change, which defines Niine. Along with Rajasthan Royals, we are confident to be the game changers that will help educate men through the IPL 2020 season by building not only awareness but also a level of understanding on a grand scale," said Sharat Khemka, Co-founder at Niine Hygiene and Personal Care.
"The silence and stereotypes that surround menstruation in India is a consequence of years of cultural conditioning and this move is a step towards normalising a conversation about what is a biological process. More importantly, this brings the conversation out in a space largely inhabited by men," added Sharat Khemka.
Niine Social Handles:
* Instagram:
ID: niineindia
Account Name: Niine
* Facebook:
Link: www.facebook.com/NiineIndia/
Account Name: Niine
* LinkedIn Page Name:
Niine Sanitary Napkins
* Twitter:
@Niineindia
This story is provided by BusinessWire India. ANI will not be responsible in any way for the content of this article. (ANI/BusinessWire India)