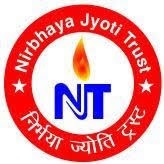 New Delhi [India], Jan 16 (ANI/NewsVoir): Sarvesh Tiwari, General Secretary Nirbhaya Jyoti Trust (founded by Nirbhaya's parents), has said that the country`s judicial system needs reforms to ensure quick justice to the millions of victims in our country who have been waiting for years. He welcomed the verdict of the Delhi Court sentencing all four Nirbhaya rape convicts to death.

"The justice has been finally delivered. The verdict will send out a sharp message to all those who indulge in violence against women. The verdict symbolizes the victory of good over evil and will inspire more women to speak up against violence and abuse," said Tiwari.
"The past seven years have been full of immense struggle, hardship, and agony for the entire Nirbhaya family. Things were expected to change when the entire country stood against Nirbhaya's rape and murder, but eight years on, women's safety in India is still far from reality. There is a need for a comprehensive action plan to fast track the process of justice in the country," he added.
In the capacity of General Secretary, Nirbhaya Jyoti Trust, which was founded by Nirbhaya`s parents, Sarvesh Tiwari, has been at the helm, championing the cause of justice for Nirbhaya. He was instrumental in coining the term 'Nirbhaya' (implies 'fearlessgo') for the victim which has become a symbol of courage and power for every woman fighting against injustice. In the past seven years, Tiwari has taken several initiatives and awareness campaigns for justice for Nirbhaya.
"The verdict of the Hon'ble Supreme Court will restore the faith of women in the judiciary. My daughter will rest in peace now. We would like to thank Sarvesh Tiwari who has relentlessly worked for bringing justice to Nirbhaya," said Asha Devi, Nirbhaya's mother.
A well-known philanthropist and social activist, Sarvesh Tiwari has been working for the society for years. He has spearheaded many social initiatives. He has adopted a number of specially-abled children and started a movement to give recognition to them and their special educators. He has also adopted the families of martyrs of the URI attack. He runs drives for the environment safety and organizes free pilgrimage tours for the elderly people of East Champaran.
This story is provided by NewsVoir. ANI will not be responsible in any way for the content of this article. (ANI/NewsVoir)