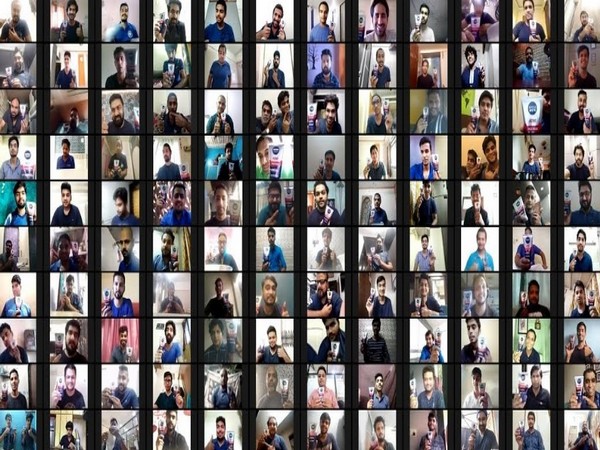 The record created was for the title, "Most People Washing Their Face Online Simultaneously" on a live stream where 119 Indian men participated with the newly launched, NIVEA MEN Acne Face Wash. In the wake of the current global pandemic where hygiene is of paramount importance, the participants enthusiastically rose to the challenge and washed their face for a minute, making a new virtual Guinness World Records® feat for the skincare brand.
Another unique aspect of the record was that the participants were men from across the country, who were invited to take part in this challenge. The live online activity which had Guinness World Records® judge and select media in attendance to witness the record attempt received an overwhelming response from the online community.
Nowadays men, especially in this current lockdown, are trying out new things while experimenting with their looks, grooming and wellness. They are no strangers to skin problems especially acne but believe that dealing with acne involves a complicated and lengthy skincare regimen and thus does not indulge in a skincare routine.
Taking cognizance of this, NIVEA MEN decided to spread the word on how with their new revolutionary Acne Face Wash, men are just one minute away from pimple-free, awesome skin. The Guinness World Records® feat would further help amplify the awareness of hassle-free skincare for men.
Additionally, the new NIVEA MEN Acne Face Wash also helps in removing impurities and excess oil from skin, while ensuring a long-lasting, clean and refreshing skin.
"We are excited to receive this certification from Guinness World Records®. This global recognition strengthens our commitment to NIVEA MEN's mission of making men's skincare easier and quicker. This accomplishment, especially in such unprecedented times, showcases that nothing can stop us from trying to make our customers happy with the best of skincare products," said Sachin Killawala, Marketing Director, NIVEA India, while speaking on the achievement.
"We would like to congratulate NIVEA India and all the participants on this new world record achievement. We are also happy that this was NIVEA India's very first world record and hope it sets a precedent for more in the future. I am happy to say, NIVEA India, you are Officially Amazing," said Swapnil Dangarikar, Official Adjudicator, Guinness World Records®.
This story is provided by NewsVoir. ANI will not be responsible in any way for the content of this article. (ANI/NewsVoir)