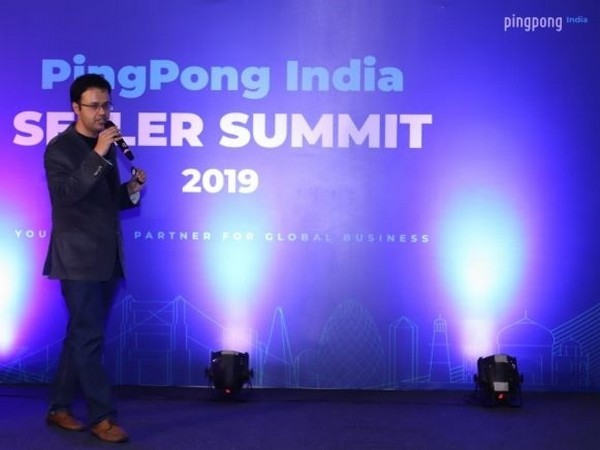 The global payments unicorn PingPong Payments had started its India operations last year, with its head office in Bengaluru. In the last year, PingPong India has partnered with e-commerce giants such as Amazon, Shopify, Wayfair to promote Indian Sellers and help them expand their e-commerce business across the globe.
In addition to e-commerce merchants, PingPong has introduced an International Payment Platform for freelancers as well as offline exporters in India.
"We have received an overwhelming response from the Indian market so far. PingPong India has been entrusted by hundreds of e-commerce sellers, exporters, and freelancers. In the first year itself, we have acquired a significant market share in the global e-commerce payments segment, and we target to assume market leadership in the next couple of years. With the introduction of new payment options for freelancers, offline exporters, and app developers, we are hopeful to grow our transaction volumes rapidly by end of the year 2020," said Sidharth S Prasad, Director-India BD and Partnerships.
PingPong's success has been driven by the efficiency it brings to global e-commerce sellers' payment costs; for many of its customers, PingPong has been known to reduce the charges of international remittances by over 80 per cent thereby helping sellers keep more profits.
PingPong has also enabled global sellers with product suites like VAT payments in the UK and EU and payments to suppliers. This year PingPong launched the AED, SGD, and MXN currencies' receiving accounts, becoming the outstanding payments provider in India to do so.
Another persistent pain point of Indian global sellers has been the issuance of FIRCs, PingPong took this issue head-on and has established a seamless digital FIRC issuance process making it a hassle-free experience for sellers.
Amid the pandemic, though the e-commerce segment saw some impact, freelancers in India have seen a spike in their demand. While the majority of freelancers receive international payments directly from platforms, they skip calculating the high conversion charges which is incurred while receiving foreign remittance.
Most of the time this fee goes unaccounted which leads to a reduction in the margins. By receiving direct payments from platforms many freelancers end up incurring conversion charges up to 4 per cent.
PingPong Payments India has introduced a unique solution for freelancers in India who are working with International platforms or clients.
Unlike other players, PingPong charges up to only 1 per cent fee to receive international payments, thus accruing a savings of around 50 per cent on conversion charges and platform fees.
During early July 2020, the parent company of PingPong Global Solutions celebrated its fifth anniversary. With a humble beginning in 2015 in New York, today PingPong is the sophisticated third-party payments company supporting global Amazon sellers and can be used on 14 Amazon sites worldwide.
Since its inception, PingPong has helped the seller community save 70 per cent of the cost incurred in the form of fees for Amazon and other platforms - which roughly saves USD 1.6 billion from 2016 to 2019 compared to the previous services charge.
"We believe that India has a lot to offer to the world and Indian export business is at the cusp of seeing new heights. With increasing focus on Make in India and improvements in ease of doing business ranks, The Indian selling community is going to be a dominant force in world trade. Our payment solution which is focused on security, compliance, and cost reduction is surely going to be a tool for gaining competitive advantage for the sellers. We are here to work with the Indian community and help take the India story to every corner of the world," said Kenny Tsang, Managing Director PingPong Global Solutions in the USA.
PingPong has been expanding its portfolio in different market segments. Recently, the company has launched its payment gateway in India supporting sellers selling globally through platforms like Shopify and Magento.
PingPong has also introduced a payment platform for Indian exporters and MSMEs. The payment platform will help Indian exporters receive international payments into their local bank accounts at competitive rates while providing a 100 per cent transparent pricing dashboard.
This story is provided by NewsVoir. ANI will not be responsible in any way for the content of this article. (ANI/NewsVoir)