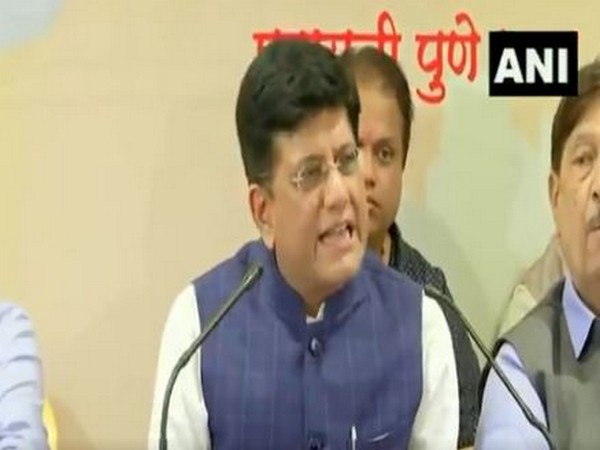 Pune: Union Minister Piyush Goyal on Friday congratulated renowned economist Abhijit Banerjee for winning the Nobel Prize in Economic Sciences, but criticised him, saying he is "left-leaning" and the people of the country have "totally rejected" his thinking.

"I congratulate Abhijit Banerjee for winning the Nobel Prize. But you all know about his thinking. His thinking is left-leaning. He has heaped praises on the NYAY scheme but the people of India has totally rejected his thinking." Goyal told reporters here at a presser.

The Union Minister's jibe came after Banerjee won the coveted award on Monday along with his French-American wife Esther Duflo and American economist Michael Kremer "for their experimental approach to alleviating global poverty."

Congress leader Rahul Gandhi congratulated Banerjee on winning the Nobel Prize in Economic Sciences, saying he had helped conceptualise the NYAY scheme, which was a major poll plank of the party during the this year's Lok Sabha elections.

The Congress had promised that the Nyuntam Aay Yojana (NYAY) or the Minimum Income Guarantee Scheme (MIGS) will cover 20 per cent of the poorest families. The scheme also assured them a minimum income of Rs 6,000 per month or Rs 72,000 a year.