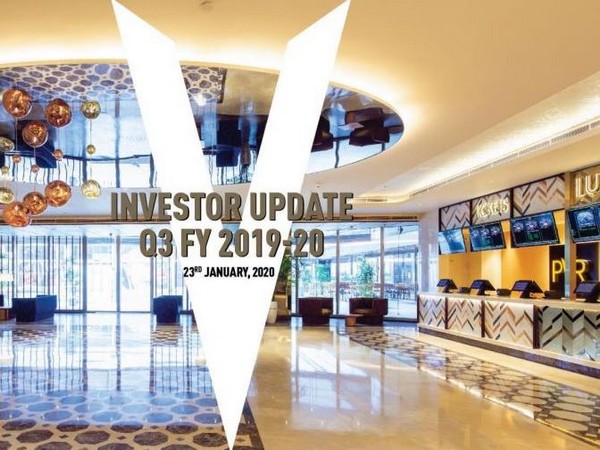 This was despite revenue from operations rising by 8.61 per cent to Rs 915.74 crore from Rs 843.11 crore in Q3 FY19.
Revenues from the movie exhibition segment rose by 7.65 per cent to Rs 885.29 crore while other revenues (including movies production, distribution, and gaming) increased by 32.96 per cent to Rs 55.14 crore.
The company's tax expense fell 34.88 per cent to Rs 22.07 crore in Q3 December 2019 from Rs 33.89 crore in Q3 December 2018.
The company aggressively expanded its screen portfolio in the current financial year by adding 67 new screens across 11 properties and now operates a network of 825 screens spread over 173 properties in 71 cities across the country.
"The operating and financial performance of the business for Q3 has been robust amid difficult macro-economic conditions," said Chairman and Managing Director Ajay Bijli.
The box office performance has been satisfactory with a strong performance from Bollywood and Hollywood film industry, he said.
"But the performance of the regional film industry, specifically Tamil and Telugu, has been below par in the current quarter, resulting in muted growth in our overall box office performance," he said.
Bijli said the company's operating performance on all other parameters remains strong. It continues to innovate and identify areas where it can serve the customers better.
"Our screen opening outlook remains strong and we are on track to open 90 to 100 new screens in the current financial year," said Bijli.
(ANI)