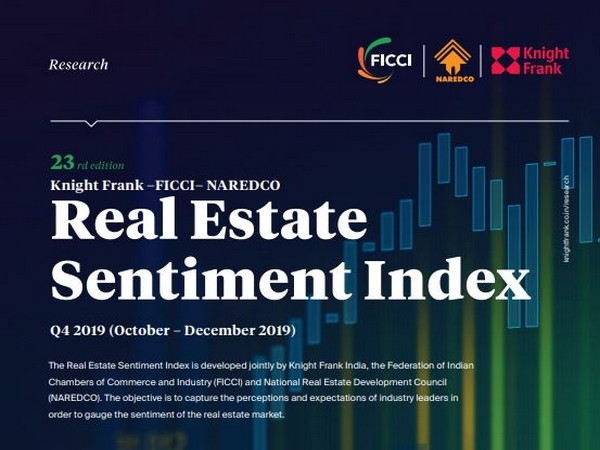 The report further indicates that future sentiment score, that had gone in the red for the first time in the preceding quarter of Q3 2019, also bounced back to 59 in Q4 2019.
Though in optimistic zone now, the qualitative outlook of stakeholders remains cautious with a majority of them opining that the sector will remain at the same levels as previously even while it will not go down further in the next six months.
A score of over 50 signifies optimism in sentiments, a score of 50 means the sentiment is same or neutral while a score of below 50 shows pessimism.
The improvement in current sentiment is also in line with recent improvement in some macro-economic indicators. For instance, the Purchasing Manager Index (PMI) for services and manufacturing sector improved meaningfully in December last year.
The cement sector growth improved to 4.1 per cent in November 2019 after contracting in the previous three months.
For over three years now, the real estate sector has been under pressure. Weak demand, inventory overhang, developer defaults coupled with the worsening of NBFC crisis dried up funding for the sector, which in turn increased borrowing cost and impacted finances for the already-strained sector.
"The real estate sector sentiments have shown improvement in its current as well as expected outlook for the market in Q4 2019," said Shishir Baijal, Chairman and Managing Director of Knight Frank India.

"This optimism is significant in the wake of continued downslide in India's overall economic performance. Even while the sector is working towards finding its balance, especially in the residential segment, steps by the government kept it stable in 2019," he said.
"However, we expect the market to remain cautious and sensitive to even the smallest change as large-scale demand is yet to pick pace," said Baijal in a statement.
The sector's optimism is far pronounced for the office sector which has been growing strength to strength in the past few years, reaching historic highs in 2019.
"In the next 8 to 10 quarters, if the office other commercial including retail, warehouse and logistics and the residential sector continue to show positive growth, we can expect the real estate sector to show upward curve of revival," he said.
The sector thus needs to start making adequate safeguards to ensure that the demand for all segments stays positive. (ANI)