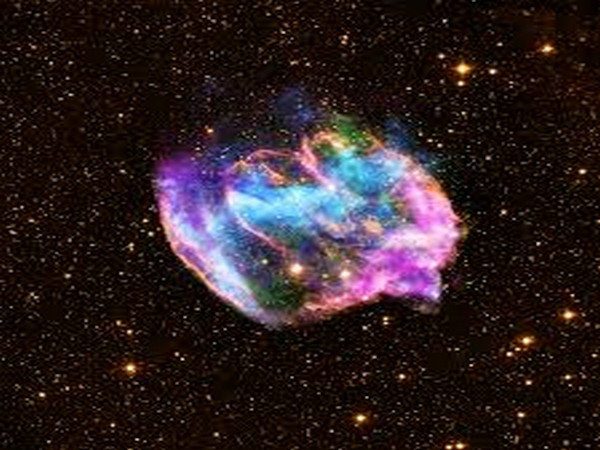 Washington [US], September 11 (ANI): One-hundred million light-years away from Earth, an unusual supernova is exploding. That exploding star -- which is known as 'Supernova LSQ14fmg' -- was the faraway object discovered by a 37-member international research team led by Florida State University Assistant Professor of Physics Eric Hsiao.

Their research, which was published in The Astrophysical Journal, helped uncover the origins of the group of supernovae this star belongs to.
This supernova's characteristics -- it gets brighter extremely slowly, and it is also one of the brightest explosions in its class -- are unlike any other.
"This was a truly unique and strange event, and our explanation for it is equally interesting," said Hsiao, the paper's lead author.
The exploding star is what is known as a Type Ia supernova, and more specifically, a member of the 'super-Chandrasekhar' group.
Stars go through a sort of life cycle, and these supernovae are the exploding finale of some stars with low mass. They are so powerful that they shape the evolution of galaxies, and so bright that we can observe them from Earth even halfway across the observable universe.
Type Ia supernovae were crucial tools for discovering what's known as dark energy, which is the name given to the unknown energy that causes the current accelerated expansion of the universe. Despite their importance, astronomers knew little about the origins of these supernova explosions, other than that they are the thermonuclear explosions of white dwarf stars.
But the research team knew that the light from a Type Ia supernova rises and falls over the course of weeks, powered by the radioactive decay of nickel produced in the explosion. A supernova of that type would get brighter as the nickel becomes more exposed, then fainter as the supernova cools and the nickel decays to cobalt and to iron.
After collecting data with telescopes in Chile and Spain, the research team saw that the supernova was hitting some material surrounding it, which caused more light to be released along with the light from the decaying nickel. They also saw evidence that carbon monoxide was being produced. Those observations led to their conclusion -- the supernova was exploding inside what had been an asymptotic giant branch (AGB) star on the way to becoming a planetary nebula.
"Seeing how the observation of this interesting event agrees with the theory is very exciting," said Jing Lu, an FSU doctoral candidate and a co-author of the paper.
They theorized that the explosion was triggered by the merger of the core of the AGB star and another white dwarf star orbiting within it. The central star was losing a copious amount of mass through a stellar wind before the mass loss was turned off abruptly and created a ring of material surrounding the star. Soon after the supernova exploded, it impacted a ring of material often seen in planetary nebulae and produced the extra light and the slow brightening observed.
"This is the first strong observational proof that a Type Ia supernova can explode in a post-AGB or proto-planetary-nebula system and is an important step in understanding the origins of Type Ia supernovae," Hsiao said. "These supernovae can be particularly troublesome because they can mix into the sample of normal supernovae used to study dark energy. This research gives us a better understanding of the possible origins of Type Ia supernovae and will help to improve future dark energy research." (ANI)