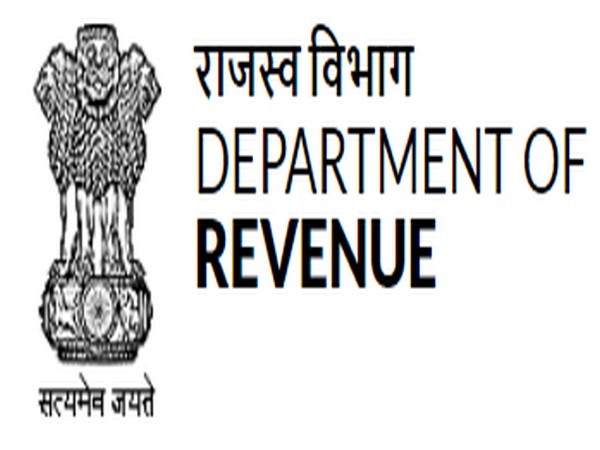 New Delhi [India], Jan 17 (ANI): The Department of Revenue (DoR) has revised its revenue collection aim for GST to Rs 1.15 lakh crore for each of next two months and Rs 1.25 lakh crore for the last month of the financial year 2019-20 with specific focus on fraudulent input tax credit (ITC) claims as found in data analytics review.

A high-level meeting was held in this regard which was attended by senior officials of CBIC and CBDT including both Board's Chairmen and members to strategise the action plan and make the field functions more efficient to achieve the collection aims without any overreach.
According to informed sources, it is learnt that GST authorities would look into the mismatch of supply and purchase invoices, data analytics of mismatch in GSTR-1, GSTR-2A and GSTR-3B, failure of filing returns, over-invoicing, recuperation of fake or excess refunds availed beyond the permissible limits, patching the tax leakages, action on checking fake or huge ITC claims, and data analytic review of all the refund under inverted duty structure.
SMS and emails will be sent to all such fraudulent or excess ITC claimants, targeted defaulters, non-filers and those who provide mismatched information in their returns or over invoice or who have been identified through data analytics for tax evasion by duping the system through rogue modus operandi, according to an official release.
Taxpayers who have taken ITC wrongfully can voluntarily repay an amount equal to inadmissible credit before verification and punitive action is taken against them, sources informed.
It is further learnt that the electronic communications to such identified targeted taxpayers and fraudulent refund seekers and over-invoice users will be followed by visits from the GST field formations to make them abide by the law and pay due taxes in time. The field formations would be required to report on a daily basis, the statement said.
"Weekly high-level review of revenue augmentation measures and efforts made or actions taken against these targeted gamers, fraudulent ITC seekers and identified default taxpayers would be done by the Revenue Secretary," it added.
Around 40,000 companies have been red-flagged for excess or fraudulent ITC availment and other tax-related wrongful issues through data analytics. Field formations have been directed to conclude ITC recuperation without any overreach but in a stipulated timeframe.
Field formations have been exhorted to put forward special efforts and to initiate actions against wilful tax evaders or those who are using fake invoices or inflated or fake e-way bills.
"Principal Chief Commissioners and Chief Commissioners will have to update on their efforts put up in the field to curb tax evasion and leakages, action taken on checking fake or huge ITC claims and mismatch in returns filed on a daily basis.
Sources emphasised that the permissible ITC limits have been further reduced to 110 per cent of the declaration made by the suppliers from January 1, 2020, and the taxpayers filing their return for the month of December 2019 should take this into consideration while filing their Form GSTR-3B, to avoid any punitive action by the authorities.
It may be recalled that DoR had a multifaceted brainstorming meeting in the second week of January to streamline its revenue collection efforts.
In mid-December last year, DoR had put its GST tax collection aims to Rs 1.1 lakh crore per month with Rs 1.25 lakh crore for a single month for the remaining period of this financial year while the direct tax target was to remain at Rs 13.35 lakh crore sans the corporate tax relief of Rs 1.45 lakh crore, the release said. (ANI)