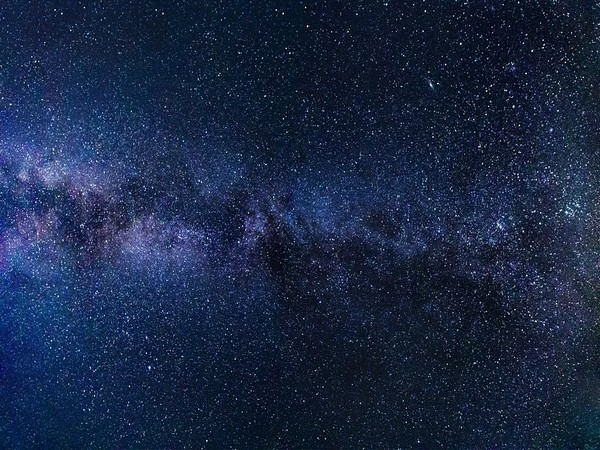 Washington D.C. [USA], Jan 14 (ANI): The dwarf galaxy Gaia-Enceladus collided with the Milky Way probably approximately 11.5 billion years ago. The Milky Way has encountered several other galaxies in its 13.5 billion-year history. One of them is the dwarf galaxy Gaia-Enceladus. To understand how this event affected our galaxy and changed it permanently, it is important to reliably date the collision.

A team of researchers including scientists from the Max Planck Institute for Solar System Research (MPS) in Germany for the first time used a single star affected by the collision as a clue for dating.
Using observational data from ground-based observatories and space telescopes, the scientists led by the University of Birmingham were able to determine the age of the star and the role it played in the collision. The research group describes its results in the issue of Nature Astronomy.
The researchers led by Prof. Dr. Bill Chaplin of the University of Birmingham turned their attention to a single star: nu Indi is found in the constellation Indus; with an apparent brightness comparable to that of Uranus, it is visible even to the naked eye and can be easily studied in detail.
"The space telescope TESS collected data from nu Indi already in its first month of scientific operation," says Dr Saskia Hekker, head of the research group "Stellar Ages and Galactic Evolution (SAGE)" at MPS and co-author of the new study.
The space telescope was launched in 2018 to perform a full-sky survey and characterise as many stars as possible. "The data from TESS allow us to determine the age of the star very accurately," Hekker adds.
Moreover, nu Indi provided clues on the history of the collision with the dwarf galaxy Gaia-Enceladus. To reconstruct its role in the collision, the research group evaluated numerous data sets on nu Indi obtained with the help of the spectrographs HARPS (High Accuracy Radial velocity Planet Searcher) and FEROS (Fiber-fed Extended Range Optical Spectrograph) of the European Southern Observatory, the Galaxy Evolution Experiment of the Apache Point Observatory in New Mexico, and ESA's Gaia Space Telescope. This allowed them to specify both the chemical composition of the star and its movement within the galaxy with great precision.
The cosmic detective work produced a clear picture: nu Indi has been part of the halo, the outer region of the Milky Way, and the collision changed its trajectory. "Since the motion of nu Indi was affected by the collision, it must have taken place when the star was already formed," Chaplin explains the line of argument. The age of the star, therefore, puts a constraint on the time of the collision.
To determine the age of a star, researchers use its natural oscillations, which can be observed as brightness fluctuations. "Similar to the way seismic waves on Earth allow conclusions about the interior of our planet, stellar oscillations help us to reveal the internal structure and composition of the star and thus its age," explains MPS scientist and co-author Dr Nathalie Themessl.
The calculations carried out by MPS researchers and other research groups showed that with a probability of 95 percent the galaxy merger must have occurred 13.2 billion years ago. With a probability of 68 percent, the collision took place approximately 11.5 billion years ago. "This chronological classification not only helps us to understand how the collision changed our galaxy," says Hekker. "It also gives us a sense, of how collisions and mergers impacted other galaxies and influenced their evolution." (ANI)