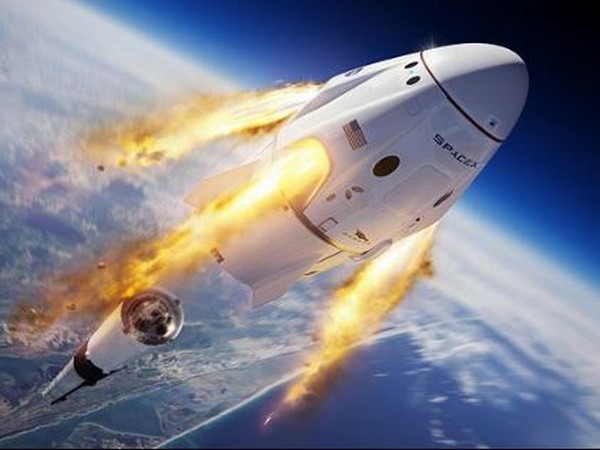 Sitting atop a used Falcon 9 launch vehicle, the capsule would be launched from Cape Canaveral, Florida, reported The Verge.
Precisely 84 seconds after the lift-off, Falcon 9 would turn off its main engines to simulate an emergency scenario, after which the Crew Dragon is expected to fire up its SuperDraco escape thrusters.
According to The Verge, once the capsule dethatches itself and is at a safe distance from the rocket, it'll deploy its parachutes and make a landing in the Atlantic Ocean.
The Falcon 9 launch vehicle would most likely be destroyed during the test and won't be able to make its trademark vertical landing.
This escape test for the crew dragon comes as a first because the earlier ones were till now carried out on the ground.
The capsule would house two test dummies to simulate a manned flight.
The smart dummies would collect valuable data to study how this risky manoeuvre would impact human crew members in case of an emergency situation.
The launch is scheduled to take place on Sunday (local time), during a six-hour launch window between 8 AM and 2 PM. (ANI)