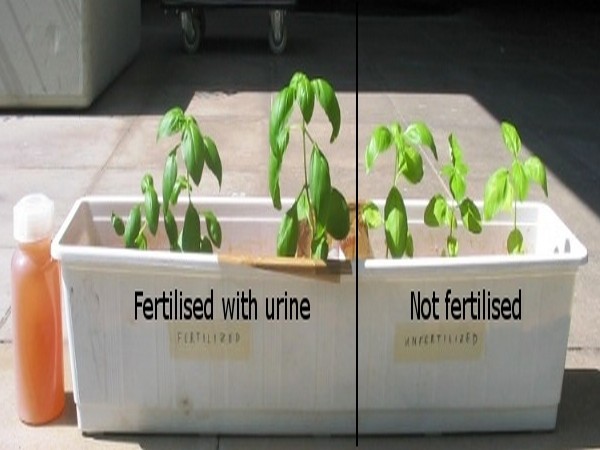 Washington D.C. [USA], Jan 22 (ANI): Healthy human urine is rich in components like nitrogen, potassium, and phosphate. These components are essential for healthy plants and can be used as a fertiliser.

Urine, however, can also carry some potential risks. The DNA released from antibiotic-resistant bacteria in urine could transfer resistance to other organisms at the site where the fertiliser is used. A new research has shown that the risk is likely to be minimal.
The research was published in the journal Environmental Science & Technology (ES&T)
Upcycling urine isn't new. Farmers have collected and fertilised crops with it for millennia. The Rich Earth Institute in Brattleboro, Vermont, operates the only contemporary community-scale system in the US for capturing urine and processing it into fertiliser, according to the authors of this ES&T study.
In addition, some researchers have installed urine collection toilets and waterless urinals at various locations, but these are mainly for research or demonstration purposes. If the practice took hold with 10 per cent of the US population, it could save millions of gallons of flushing water and recover about 300 tons of nitrogen and 18 tons of phosphorus per day, the authors calculate.
However, urine contains bacteria, including strains resistant to antibiotics. Previous studies have reported finding antibiotic-resistant DNA in urine, but it has been unclear whether that DNA could move into microbes in the environment if the urine is applied to the soil. So, Krista Wigginton and colleagues conducted experiments to see if upcycling urine could spread that resistance.
In their study, the researchers used "aged" urine that had been stored in a sealed container for several months. This traditional practice increases ammonia concentration, raises pH and alters the microbial makeup of the liquid.
After incubating DNA containing resistance genes for tetracycline and ampicillin in the urine, the team found that the genetic material rapidly lost 99 per cent of its ability to confer resistance on soil bacteria.
In sum, urine-derived fertiliser poses a low risk of spreading resistance from extracellular DNA in the environment, the team says. (ANI)