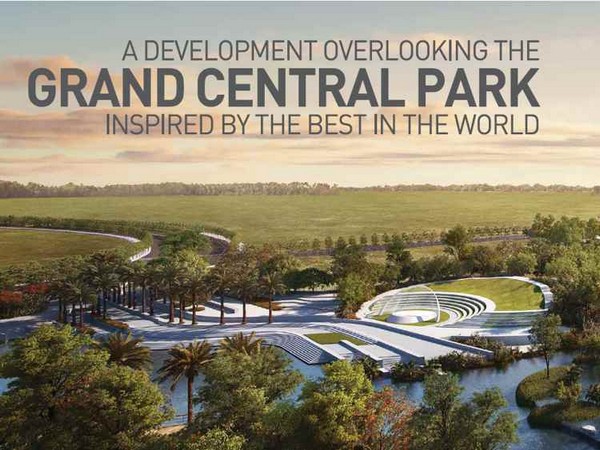 Mumbai (Maharashtra) [India], Jan 23 (ANI): Thane has emerged as the most preferred micromarket for real estate developers in the Mumbai Metropolitan Region (MMR), registering a 36 per cent year-on-year rise in new residential launches to 5,800 housing units in the July to December period last year (H2 2019).

According to Knight Frank's latest India real estate H2 2019 report, many mega launches by some of the biggest and reputed developers of Mumbai led to the region gaining prominence in MMR.
While home prices in an area like Ghodbunder Road in Thane stood in the range of Rs 6,000 to 10,000 per sq ft, prices in Naupadaranged ranged between Rs 14,000 to 18,000 per sq ft.
One of the major attractions in this area is an upcoming 20-acre Grand Central Park which is expected to be one of the largest in India. This could act as a major factor that could instigate appreciation of property prices especially in the region around it -- a trend that has been observed worldwide.
As per Knight Frank's The Wealth Report -- Insight Series 2019, homes adjacent to London's Regent's Park and New York's Central Park saw an uplift of almost a third in the value compared with their neighbours. Central Park and Regent's Park came out on top for the highest premiums, commanding 29 per cent more for park-facing properties.
"Thane has seen focused investment from companies from across industries, which has led to increased commercial activities in the region," said Girish Shah, Executive Director for residential sales at Knight Frank India.
This rise in commercial demand has resulted in a heightened level of interest from real estate developers, leading to a healthy rise in project launches and aiding in the holistic and sustainable growth of Thane. "Going forward, new infrastructure projects will enhance connectivity further enhancing Thane's desirability as a favourable home-buying destination," he said in a statement.
According to a spokesperson from Kalpataru, one of the major developers in the region, the availability of large land parcels have given developers the opportunity to create world-class integrated mixed-use townships combining residential and commercial facilities, retail and lifestyle spaces, and best-in-class amenities, promoting holistic living and enabling walk to work.
"Thane is on the cusp of an unimaginable connectivity transformation which will reinforce its central location and appreciate property prices and rentals," said the spokesperson.
The number of homes launched in the MMR region declined by 6 per cent year-on-year to 35,988 units in H2 2019 while the number of homes sold fell by 14 per cent to 27,212 units. Affordable houses continued to dominate launches with 61 per cent of the new launches coming in the sub-Rs 75 lakh category. (ANI)