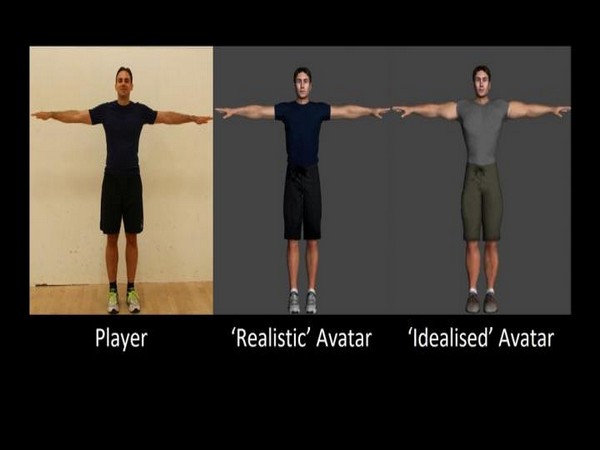 London [England], Mar 15 (ANI): If you've ever played an immersive game using virtual reality (VR) technology, you'll be familiar with the concept of customizing an avatar to represent you. Most people design an aspirational, buffed-up version of themselves, but new research suggests that it is better to tone down your vanity while playing an exergame (a game based on fitness and exercise).

This interesting phenomenon was uncovered by researchers from the University of Bath, who found that your performance improves while you compete against an avatar that more closely matches your authentic self.
"Idealised avatars increase wishful identification but seem to impact physical performance negatively," said Dr Christof Lutteroth, who led the research from the University's Department of Computer Science.
The Bath study explores the effects of two types of customization (idealized and realistic) in an immersive bike racing exergame.
For the study, racers wearing VR headsets self-competed against both a generic avatar and an avatar that represented them more accurately. They performed better against their realistic avatar and found the game more motivating.
Next, racers self-competed against their realistic versus an idealized avatar. Though they had fun playing against their pumped-up selves, they performed better against their realistic avatar, as measured through power output.
"The game pushed people to their limits for 30 seconds to see how hard they could exert themselves over a short time. When they competed against their realistic avatar, they were 3% faster than when with their idealized avatar - in other words, they exerted themselves 3% more. We believe that over time, as fitness is increased, the gap in the effort would grow."
Dr Lutteroth said a possible explanation for the positive effect of the realistic avatar is a mechanism known as feedforward. This describes the motivation and performance gains that come from competing against a self-model that you can readily identify with. A generic and idealized self-model is likely to lower the feedforward effect by reducing self-recognition.
"Our results suggest that exergame designers should definitely consider using realistic avatar customization to improve player experience and performance," said Dr Lutteroth.
Explaining the significance of his research, he stated: "Many people struggle to meet the recommended levels of physical activity, with 40-65% of those who begin exercise regimes dropping out within three to six months."
Adding to this, Dr Lutteroth said that "combining exergames with VR has revolutionized the possibilities for health interventions, creating an immersive experience with possible attentional distraction from physical exertion. If we can persuade people to stick with their exercise programs through self-identification with their avatar, that will be a move in the right direction." (ANI)