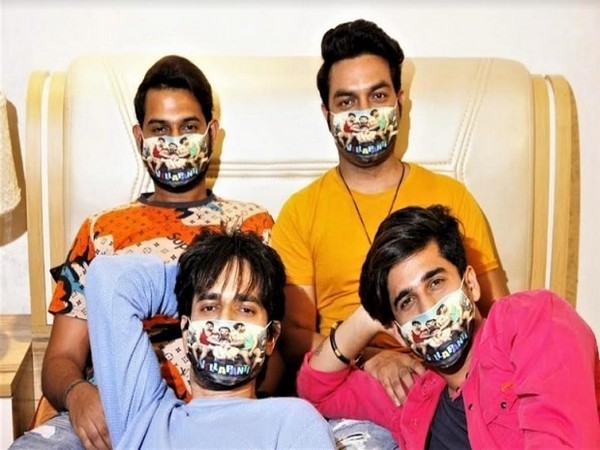 Mumbai (Maharashtra) [India] July 25 (ANI/NewsVoir): The producers of Veerey Ki Wedding, Make My Day Entertainment, have recently wrapped up the last schedule of their upcoming film 'Vellapanti' amidst coronavirus pandemic.

As things have eased down and there is a bit of relaxation in lockdown, the team flew to various locations of Punjab, Haryana, Chandigarh, and Delhi to complete the final shoot of the film.
Vellapanti revolves around the lives of four childhood friends and how recession hits them hard. In the film, one of the guys is well settled in his life. Rest three are still struggling to fulfil their dreams.
This movie is a roller-coaster ride about their struggle to get success in their lives. It's a comedy flick with a slice of life entertainer. The story is quite relatable as it showcases real-life struggles of common people.
"The last schedule of the film is finally shot and we now move into the post-production stage. We were supposed to shoot the second schedule in Goa but due to pandemic, it wasn't possible hence we shifted to the next best possible place which is Chandigarh. Yes, the rules were strict and it was difficult to shoot, but all is well that ends well," said Rajat Bakshi, the Producer and the Director of the film about completing the last schedule.
"Our food was cooked by the chefs at the resort, where the kitchen was sanitized regularly. The entire crew would wear masks and gloves throughout the day, only actors would take off their mask while shooting. We also had a doctor on our set, but thankfully he was not required," said Ansh Bagri, the actor who has returned to his West Delhi home after the shoot.
The film stars Bhavin Bhanushali, Sidharth Sagar, Ansh Bagri and Chandan Bakshi in key roles. The other cast includes Rajesh Sharma, Rahul Dev, Mukesh Tiwari, Shakti Kapoor, Neelu Kohli, Gurpreet Bhangu, Sumitra Pednekar, and Rajesh Bakshi among others.
This story is provided by NewsVoir. ANI will not be responsible in any way for the content of this article. (ANI/NewsVoir)