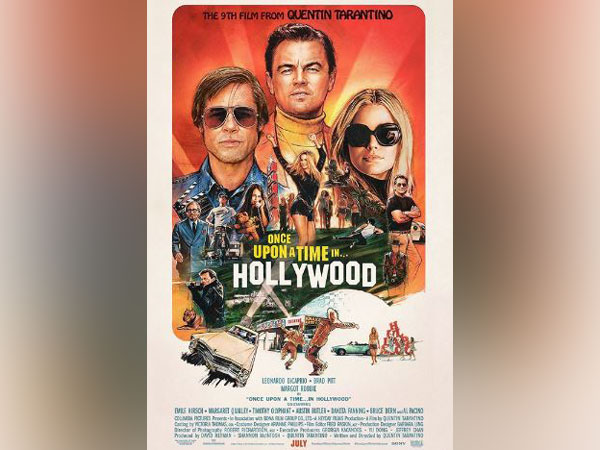 Washington D.C. [USA], Oct 24 (ANI): Even after backlash and controversies, Quentin Tarantino's 'Once Upon a Time in Hollywood' fared well at the box office. And the film is set to hit theatres yet again with some extra footage.

The Leonardo DiCaprio and Brad Pitt starrer's re-release will feature added footage of 10 minutes which will be spread over four scenes in the film, according to an announcement by Sony, cited by The Hollywood Reporter.
And to expand the reach, the film will open in over 1000 theatres in the US and Canada starting Friday.
This announcement comes in the wake of Tarantino's recent comment that he won't remove any scene from the film to satisfy Chinese censors, who showed disapproval on the portrayal of Bruce Lee in the movie.
Becoming Tarantino's ninth film, it garnered good acclaim and is based on 1969 Hollywood and the Manson Family.
Another good news for the film is that it has managed to get a release in China on October 25. The release was "temporarily put on hold" after Lee's daughter Shannon, objected to her father's depiction in the feature.
Lee's family expressed major issues with how the late martial artist was portrayed in the movie. Shannon even asked China's National Film Administration that it demand changes to her father's portrayal in the movie.
Opened in theatres in July this year, the flick has earned USD 368 million worldwide to date. (ANI)
ADVERTISEMENT