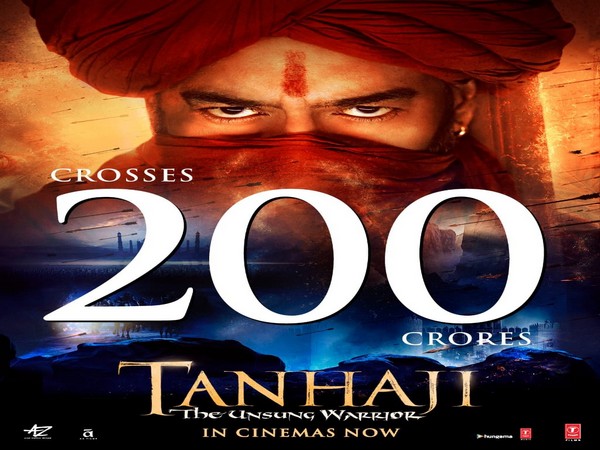 On Friday, 'Tanhaji' collected Rs 5.38 crore at the box office. Despite competing with two new movies hitting the screens, it has crossed the Rs 200 crore mark.
Ajay Devgn has thanked the moviegoers for the love and wrote, "Marching towards glory with all your love! Thank you for making #TanhajiTheUnsungWarrior a blockbuster hit of 2020!" 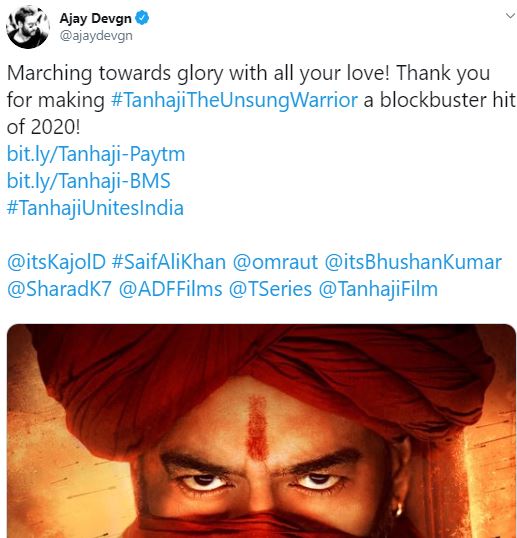 'Tanhaji: The Unsung Warrior' shows Ajay Devgn essaying the role of Maratha warrior Taanaji Malusare fighting for the principle of 'Bhagwa' (saffron) flag and 'Swaraj' (home-rule) and 'Satya' (truth).
Kajol, who essays the role of the wife of Tanhaji -- Savitribai Malusare -- is shown as a strong character, who accompanies him in taking firm decisions.

Saif Ali Khan, who plays the antagonist, comes out strong as Uday Bhan, a Rajput official, who works for Mughal Emperor Aurangzeb.
The film is produced by Ajay Devgn's ADF and Bhushan Kumar's T-Series and has been directed by Om Raut. (ANI)
ADVERTISEMENT