'The one from the last supper': Courteney Cox shares 'Friends' throwback picture 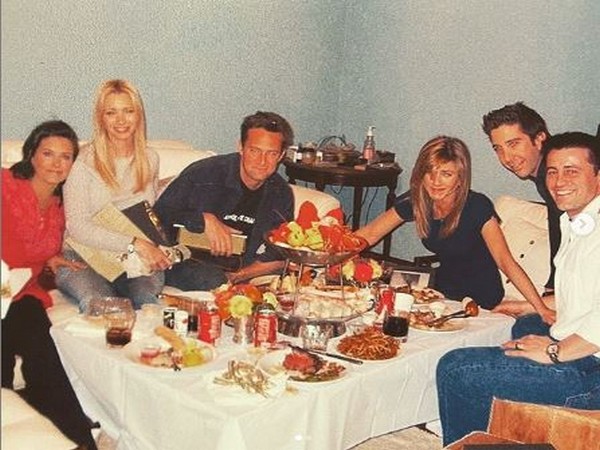 Washington D.C. [USA], Jan 24 (ANI): Sharing a nostalgic blast from the past, actor Courteney Cox on Friday dropped a special photo of herself with the 'Friends' cast.

The 55-year-old actor took to Instagram to share the picture which was taken 16 years ago during the time of wrapping up the sitcom.
Maintaining the trend of naming each of the 'Friends' episodes with 'the one', the actor captioned the picture: "The Last Supper" before taping "The Last One" on Jan 23, 2004."
The caption indicated that the picture was taken right before the shooting for the last episode.
In the picture, the entire star cast of the sitcom is seen seated around a dinner table full of food.
Along with the picture of the cast, Cox posted another picture that displayed the front page of the script of the final episode.
Soon after the actor shared a picture on her Instagram account, the post was flooded with scores of comments of fans and celebrities including Jennifer Aniston and 'Friends' all-time fan Charlie Puth. (ANI)
ADVERTISEMENT