Actor Mark Blum dies at 69 due to COVID-19 complications 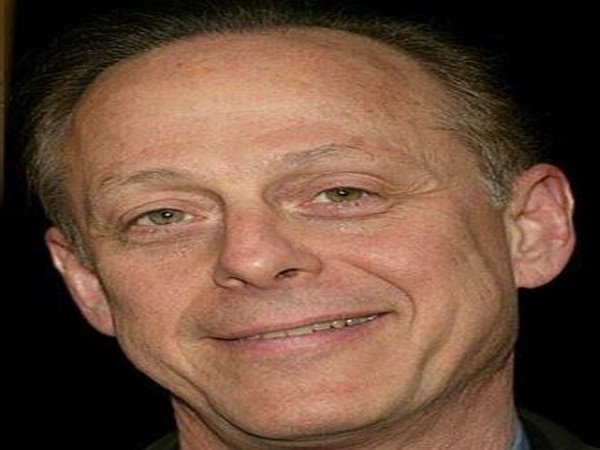 Washington D.C.[USA], Mar 27 (ANI): American actor Mark Blum known for work in theatre as well as in films 'Desperately Seeking Susan,' 'Crocodile Dundee' and the Netflix series 'You,' is dead at age 69 due to complications from COVID-19.

According to Fox News, Blum's widow, Janet Zarish confirmed reports of Blum's death in an email and said, "My husband passed away yesterday, March 25th, from complications from the Corona Virus. He died at New York-Presbyterian Hospital."
SAG-AFTRA executive vice president Rebecca Damon also confirmed the news on Twitter, noting that he was previously on the organization's board.
"It is with such deep sorrow that I'm writing to share the news that our friend and former board member Mark Blum has passed away as a result of complications from the coronavirus. Mark was a dedicated Screen Actors Guild and SAG-AFTRA board member serving from 2007-2013, a passionate champion for the merger, and a tireless advocate for members. Those of us lucky enough to have known him will treasure our memories of a gifted actor, a master teacher, a loyal friend, and a beautiful human." 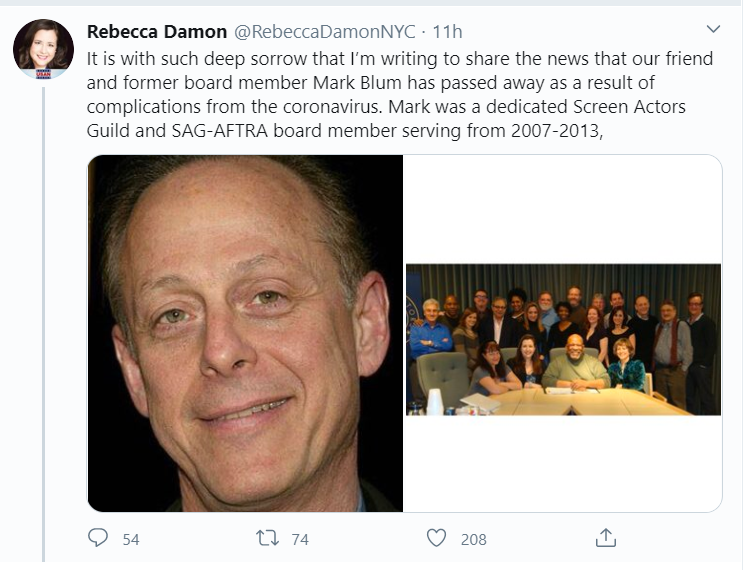 Damon continued: "On a personal note--I always appreciated Mark's clear perception of complex situations. He always spoke the truth and did a great service in informing members of our community about the ins and outs of the union whenever he had the opportunity. Mark was smart, funny, and a true actor's actor. He will be deeply missed. Thinking of you all. Please #stayhome. #COVID19."
Playwrights Horizons, the New York City-based group also tweeted about Blum's death, writing, "With love and heavy hearts, Playwrights Horizons pays tribute to Mark Blum, a dear longtime friend and a consummate artist who passed this week. Thank you, Mark, for all you brought to our theatre, and to theatres and audiences across the world. We will miss you."
Blum was a fixture of the New York theatre community, and appeared on Broadway in Neil Simon's 'Lost in Yonkers,' Gore Vidal's 'The Best Man' and many more, reported TheWrap.
In 1970s, the New Jersey-born actor reportedly got his start and then he made the transition to the big screen. He debuted with a role in the 1983 film 'Lovesick,' followed by 'St. Elsewhere' the following year.
In the 1985 film 'Desperately Seeking Susan,' Blum starred alongside Rosanna Arquette.
She told TheWrap of Mark, "I'm sad about this. He was really very kind, was always supportive and funny, a gentleman and a great actor who loved the work. I'm so sad for his family and all the people who love him. This is a tragedy on so many levels. Rest in peace and power Mark Blum."
Blum played Union Bob on the Amazon series 'Mozart in the Jungle' and Mr Mooney in the Netflix drama 'You,' recently. (ANI)
ADVERTISEMENT