Adam Sandler supports his daughters no matter what! 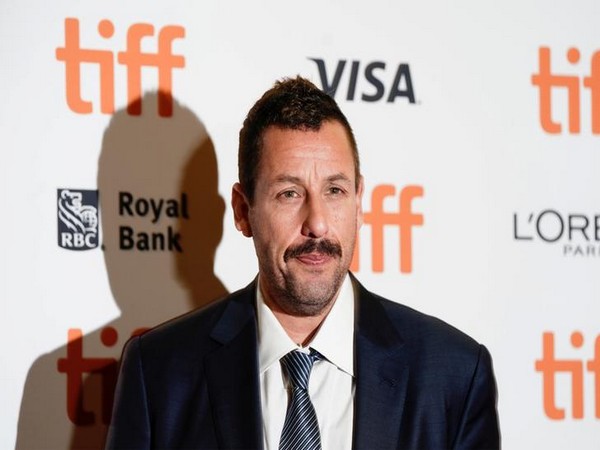 Washington DC [USA], Oct 6 (ANI): Actor Adam Sandler, known for his mind-blowing acting skills is also a devoted father to his daughters, Sadie and Sunny.
"Both my daughters come on stage and sing sometimes because they're on the road with me all the time," the actor told Us Weekly on Thursday (local time). "They like to sing ... and they see Daddy up there and they're like, 'Can I try that?' So I say, 'Get on up there.'"

The 'Murder Mystery' star went added, "Whatever they're excited about in their lives, I'll back them up."
Sandler's 10-year-old daughter Sunny recently sang 'A million dreams' as she joined her father on stage during a comedy show in New Jersey.
The 53-year-old actor also revealed that he used to bribe his little girls with their favourite stars and foods in order to strong strengthen his bonds with them, he told Us Weekly in 2014.
"I used Bella [Thorne] to get closer with my kids," the New York native admitted of his Blended costar. "It felt right. My kids love Bella!"
"At our school, you can go to lunch with your kids. You just show up with an In-N-Out burger and your kid loves you more. That night, when they're mad at you, you're like, 'Remember the In-N-Out!', he added. (ANI)
ADVERTISEMENT