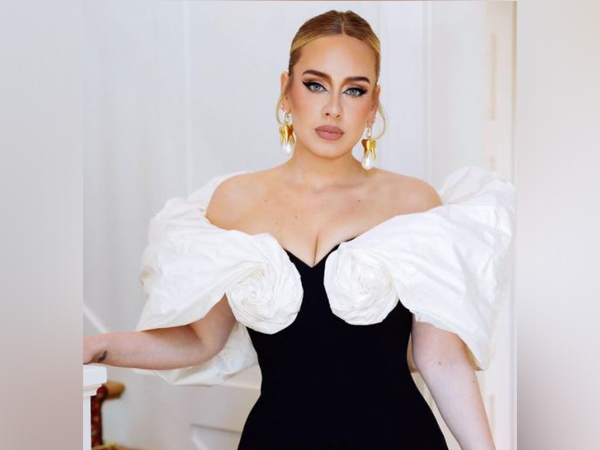 In a lengthy Instagram post shared on Wednesday, Adele announced that her forthcoming album will be released on November 19, almost six years to the day since she released her last record. 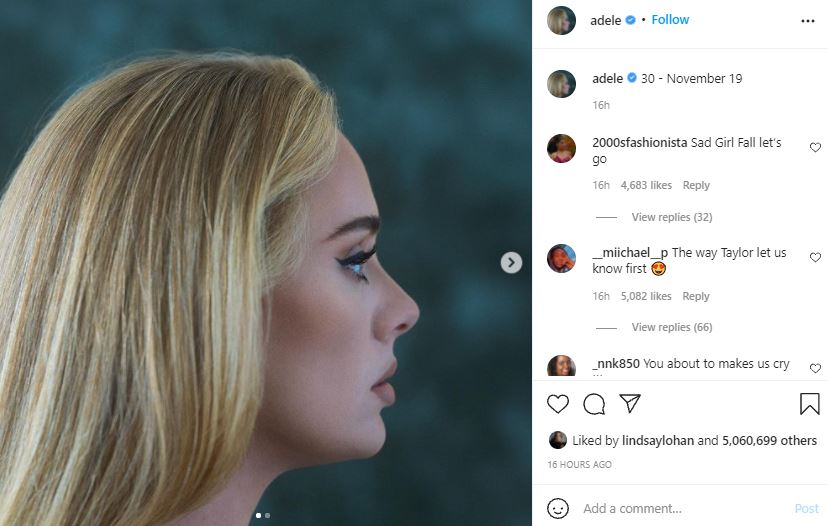 The 33-year-old singer revealed she'd started work on the album nearly three years ago -- and was in a completely different place than she expected to be.
"I was certainly nowhere near where I'd hoped to be when I first started it nearly 3 years ago," she wrote in the post.
"Quite the opposite actually. I rely on routine and consistency to feel safe, I always have. And yet there I was knowingly - willingly even, throwing myself into a maze of absolute mess and inner turmoil," she added.
The 'Hello' singer wrote that she'd "learned a lot of blistering truths" about herself along the way, but is finally in a place where she feels comfortable releasing her music to the world.
"I feel like I've finally found my feeling again. I'd go as far as to say that I've never felt more peaceful in my life. And so, I'm ready to finally put this album out," she wrote.
Adele described the album as a close friend in an extended metaphor that included cheering-up nights of wine and take-out food, helpful advice and self-care.
"It was my ride or die throughout the most turbulent period of my life. When I was writing it, it was my friend who came over with a bottle of wine and a takeaway to cheer me up. My wise friend who always gives the best advice," she wrote.
"Not to forget the one who's wild and says 'It's your Saturn return babes f-- it, you only live once.' The friend who'd stay up all night and just hold my hand while I'd sob relentlessly not knowing why. The get up and go friend who would pick me up and take me somewhere I said I didn't want to go but just wanted to get me out the house for some vitamin D. That friend who snuck in and left a magazine with a face mask and some bath salts to make me feel loved while inadvertently reminding me not only what month it actually was but that I should probably exercise some self-care," she added.
The Grammy winner added that the album was a friend who checked on her although she'd stopped checking on them amid her own "grief."
Still, she wrapped her statement on a positive note, explaining to fans that she's emerged from the darkness and is ready to embrace the light.
"I've painstakingly rebuilt my house and my heart since then and this album narrates it. Home is where the heart is x," she concluded. 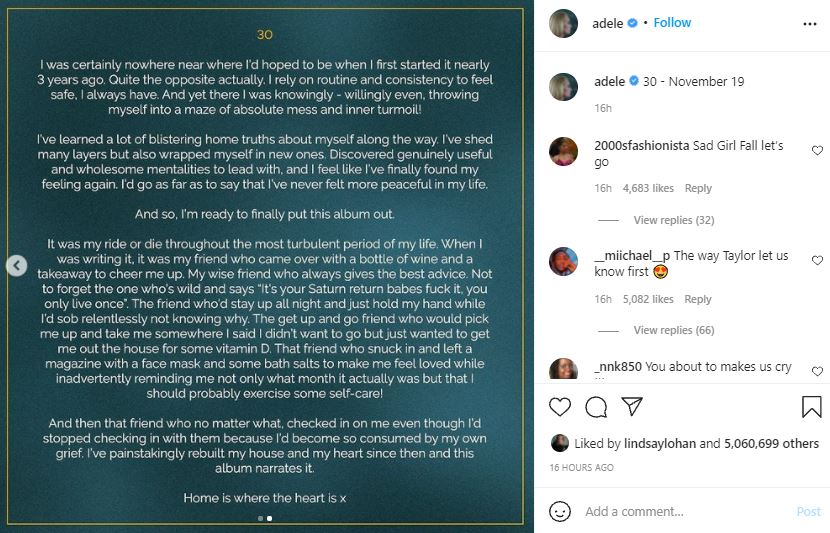 In an Instagram Live with fans last week, Adele teased the first single from her new album, 'Easy on Me', which is set to release on October 15.
As per Variety, the upcoming album finds the singer working again with Greg Kurstin, who paired famously well with her on '25' -- and Max Martin, Inflo (known for his work with Sault) and Swedish composer and producer Ludwig Goransson, who won an Academy Award for his 'Black Panther' score and has worked closely with Childish Gambino. There are no featured guests on the record.
The title of '30' follows a pattern Adele has embraced since her debut album '19', in that each of her records is named after the age she was when she wrote it.
The album will be her first in six years after '25' came out in 2015 and sold 11 million copies in America. Adele's last two albums, '25' and '21', both won album of the year at the Grammys. Her total Grammy haul sits at 15, starting back in 2009 when she won best new artist.
On the personal front, Adele and her ex-husband Simon Konecki finalised their divorce in March, nearly two years after they first split. In an Instagram Live on Saturday, she said the theme of the album would be "divorce, babe, divorce."
The singer recently started dating sports agent Rich Paul. (ANI)
ADVERTISEMENT