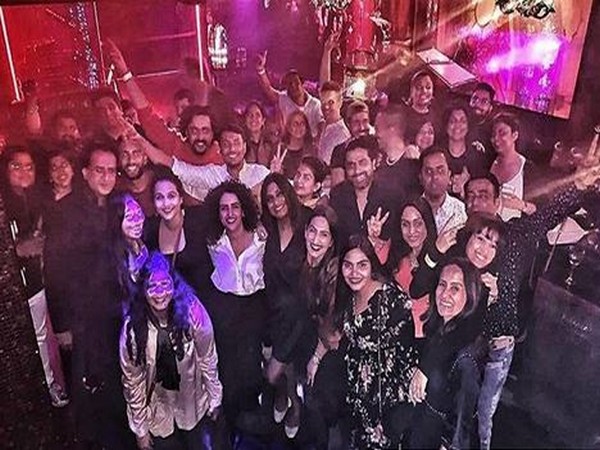 New Delhi (India), Oct 10 (ANI): After shooting for almost a fortnight in the UK, Vidya Balan and Sanya Malhotra along with the 'Shakuntala Devi- Human Computer' team are heading to Mumbai as they wrapped up the UK schedule of the upcoming feature on the Maths whiz!

The upcoming movie will see Vidya playing the titular role with the 'Dangal' fame essaying her daughter, Anupama Banerji.
While Vidya will be seen in short hairs after a long time, Sanya, on the other hand, will be featured in an all-new hairdo.
Sharing a picture of the team, Sanya wrote, And it's a wrap. Looking forward to the next schedule!!"

Based on the life of Indian writer and mental calculator, Shakuntala Devi, the teaser of the film released in September was evident enough to arouse curiosity among fans.
The film is produced by Sony Pictures Network Productions and Vikram Malhotra and is slated to hit silver screens in summer next year.
Shakuntala's ability to make incredibly swift calculations on her fingertips was first discovered at the age of 5 when she solved a Math problem for an 18-year old student.
Although she has never received any formal education, her love for numbers has won her a number of awards.
Meanwhile, Sanya was last seen in the 2018 film 'Badhai Ho' opposite Ayushmann Khurrana.
Vidya last starred in 'Mission Mangal' alongside Akshay Kumar, Sonakshi Sinha, Kirti Kulhari, Taapsee Pannu, Nithya Menon, Sharman Joshi. It opened on August 15 this year. (ANI)
ADVERTISEMENT